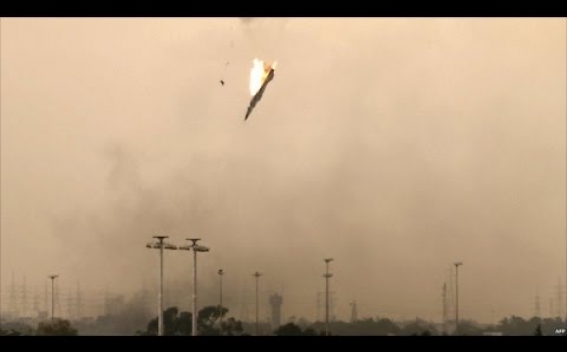 An Israeli F-16 fighter jet has crashed amid Syrian anti-aircraft fire after an offensive against Iranian targets in Syria, the Israeli military says, BBC reports.

The two pilots parachuted to safety before the crash in northern Israel. It is believed to be the first time Israel has lost a jet in the Syrian conflict.

Israel was carrying out strikes after the launch of an Iranian drone into Israel. The drone was intercepted.