Karen Karapetyan: Taking Part in "Negotiations", Which Is Unlikely to Bring Any Solutions Have No Prospect 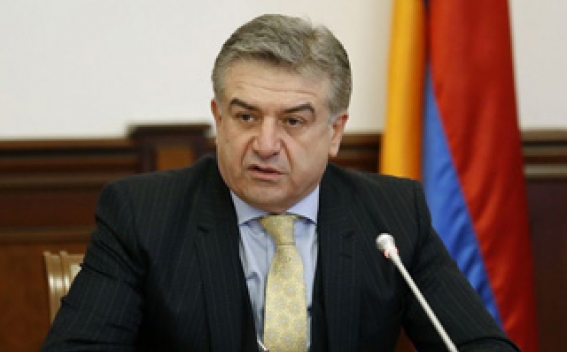 The spokesperson of the acting Prime Minister of Armenia Aram Araratyan has issued a statement noting that another invitation of the Deputy Nikol Pashinyan does not differ from the previous one, except that this time he does not dictate with whom to come to the negotiations, Armenpress reports.

"Karen Karapetyan's answer is the same as the last time. Negotiations, where one party exclusively dictates the agenda and the other cannot submit any agenda, cannot be considered negotiations.

Besides, Karen Karapetyan retains the approach that holding negotiations in the presence of media means that the goal of the negotiations is not to record any results.

Therefore, taking part in "negotiations", which is unlikely to bring any solutions, the prime minister considers having no prospect.

According to Karen Karapetyan, Mr. Pashinyan should consider accepting the President's proposal for all parliamentary and extra-parliamentary forces, to discuss the situation in the country and the ways to overcome it," the statement reads.