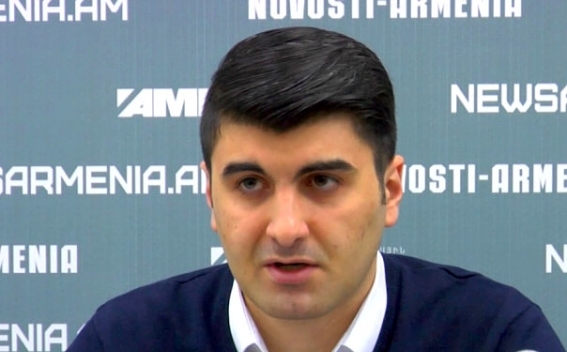 The prospects of implementing the Basic Agreement on the ''Basic Principles of 'Customs Administration and Commodity Trade Monitoring Mechanism'', signed between Russia and Georgia in 2011, are outlined in some ways. As known, the agreement envisages creation of 3 transit corridors for transportation of cargoes from Russia to Georgia and vice versa (under the supervision of the Swiss monitoring company), which, in essence, will give an opportunity to have an alternative to Upper Lars, which occasionally is closed due to weather conditions or natural disasters: which is an obstacle to transportation of Armenian cargoes, as well.

In essence, the parties have concluded contracts with the Swiss company in order to complete the procedures required for the launch of the 2011 agreement.

Although the parties state that they are ready to implement the agreement, and the issue should not be politicized, the political background around the agreement remains an actual and serious challenge to its realization. Taking into consideration that one of the three planned commercial corridors should pass through Abkhazia and the other one through South Ossetia, in the course of the preparation phase of the agreement, an attempt has been made to find a mutually acceptable variant of their definition, fixing only the geographical coordinates of all corridors in the document without giving any names.

Despite all the rationality of the approach, however, both sides of the agreement - Abkhazia and South Ossetia, regularly make statements containing speculations about the agreement, which, of course, creates unequivocal reactions. Taking into consideration the circumstance and the fact that the Georgian opposition has adopted a critical approach regarding the agreement, the Georgian authorities have to be careful when making any step towards the realization of the agreement ahead of the October presidential election. At the same time, it should be underlined that the possibility and speed of the full implementation of the Russian-Georgian agreement of 2011 depends on possible political arrangements between the parties.

In case of such realities, the new authorities of Armenia can take a certain constructive role taking into consideration the importance of alternative trade corridors for our economy, on the one hand, and   the high level of relations with Moscow and Tbilisi, on the other hand. Under the present conditions, fair justification may be the holding of periodic consultations with the two countries in an attempt to facilitate the process of implementation of the agreement as soon as possible and to overcome contradictions between the parties.