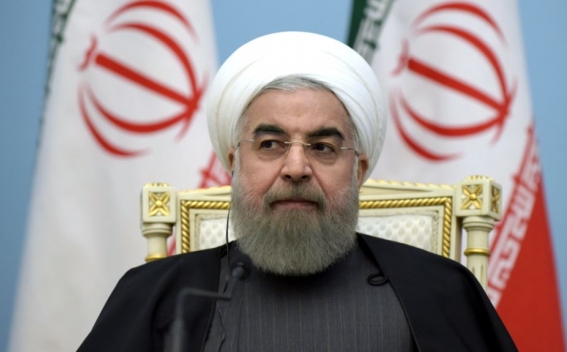 AFP
Iranian President Hassan Rouhani has warned his French and German counterparts that they must try harder to meet Iran's demands for the nuclear deal to stay. The package is set to be discussed in Vienna on Friday, RT reports.

What Europe has so far offered Iran to make up for the economic damage inflicted on the country by the US withdrawal from the deal in May is insufficient, Rouhani told Merkel, calling the European proposal "disappointing" and lacking any specifics.

"Unfortunately, the package lacked a clear and practical plan or certain methods for continuation of cooperation. It set forth a series of general obligations just like those contained in previous EU statements," Rouhani was cited by IRNA news agency as saying.