US not Discussing Military Response to Kerch Strait Incident — General 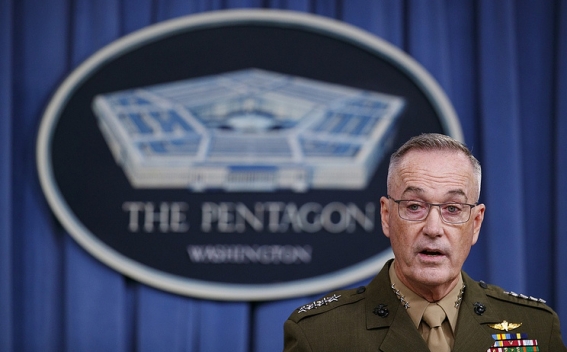 The United States has not been discussing the possibility of a military response to the recent incident in the Kerch Strait, in which Russia had to detain three Ukrainian warships for violating its border, the US highest-ranking military officer said on Thursday, TASS reports.

"There has been no military response... not has been a discussion about a military response," Joint Chiefs of Staff Chairman Gen. Joseph Dunford told reporters at a conference organized by The Washington Post.

"There is not a discussion ongoing right now in the military dimension in response to Sea of Azov. Obviously my job in uniform is to make sure that the President has options available, should he decide to respond with military force," he added.