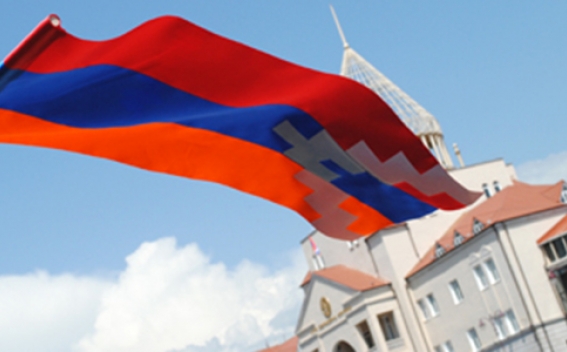 On December 10 the whole world celebrates the International Human Rights Day. In Karabakh, this holiday has received another meaning. On December 10 Artsakh people celebrate the Day of Referendum of Independence and NKR Constitution Day.

In the history of Artsakh December 10 twice proved to be pivotal. In 1991 on this very day the population of Artsakh expressed their will and confirmed the dedication of creating an independent state, saying their firm "Yes" in the referendum on the NKR independence.

On the same day in 2006, the basic law of Karabakh - NKR Constitution was adopted by a national referendum again, which confirmed that NKR is going to develop as a democratic country.

As noted in Karabakh, the fact that both referendums were held exactly on International Human Rights Day, is very symbolic. Artsakh movement, the birth and existence of the Nagorno-Karabakh Republic are an integral part of human rights, the universal expression of the fundamental principles of equality of people and their right to self-determination. As Karabakh authorities tell "a strong, independent,sovereign, democratic and legal state is an exclusive value that has no alternative for us."

NKR Constitution recognizes the fundamental human rights and freedoms as inalienable and supreme values, as the foundation of freedom, justice and peace. According to the Constitution, the name of the Nagorno-Karabakh Republic and the Republic of Artsakh are identical.

A Bit of History

Nagorno-Karabakh Republic (NKR) was established on September 2, 1991 in the borders of the former Nagorno-Karabakh Autonomous Region and neighboring Shahumyan region. On this day the joint session of People's Deputies of the Nagorno-Karabakh Regional and Shahumyan raisoviets with the participation of deputies of councils of all levels adopted the Declaration on the proclamation of NKR, in accordance with the norms of legislation of the USSR, as well as enshrined in international law the right of peoples to self-determination.

Later, using the right to self-holding of a referendum and raising the question of their legal national status, enshrined in Community legislation, the NKR Council of People's Deputies decided to hold a referendum on the republic's independence. At the plebiscite held on December 10, 1991, under the incessant bombardment of Armenian settlements of all types of weapons, 82.2% of the registered voters attended. This referendum was attended also by the residents of Getashen subdistrict, thus legally securing the entry of the subarea into ​​the Nagorno-Karabakh Republic. The vast majority of those who did not participate in the vote were inhabitants of Azerbaijani settlements, although they had the right to participate in the referendum and express their will along with other residents of Karabakh. Ballot papers were printed in three languages ​​─ Armenian, Azerbaijani and Russian. Results of the referendum and its democratic character and transparency were confirmed by independent foreign observers.

The question of the referendum was as follows: "Do you agree that the proclaimed Nagorno-Karabakh Republic is an independent state, independently determining the forms of cooperation with other states and communities?" As a referendum result, 99.89% voted in favor of independence from Azerbaijan.

International observers, who monitored the referendum in NKR, in their final evaluation noted that "the referendum was conducted in conditions of armed aggression against the NKR, which is expressed in the incessant shelling of Stepanakert and other settlements with various weapons, including missiles and artillery. On the day of the vote 10 Armenians were killed and another 11 wounded. Most of the women and children of Stepanakert spend the nights in basements, kindergartens and nursery schools are closed. On the night of December 12 an artillery shell was dropped at one of the schools in Stepanakert. There is no water, no bread, no medicine."

Formed on December 28, 1991, the Supreme Council (Parliament) adopted the Declaration on the NKR State Independence, thus securing the legislation as a result of the referendum, and the sequence of legal instruments implementing the right of NKR people to self-determination of their political status.

Exactly 15 years after the December referendum, Karabakh showed that is ready to further build the statehood. On December 10, 2006, in a national referendum, the Constitution of the Nagorno-Karabakh Republic was adopted. 90,077 voters participated in the referendum.  77,279 of them said ''Yes" to the Karabakh Constitution of, while just 554 voted against.

NKR Basic Law (www.president.nkr.am) consists of a preamble and 12 chapters. The Day of the Constitution is a holiday and non-working.

Internationally recognized countries, the members of the UN and other international bodies once passed the same path NKR passed during its more than 28 years of existence. Perhaps, for many countries it took a little more or a little less years of efforts, but international experience shows that almost all states go through the same fate. And if two referendums - with an interval of 15 years – show that people have the same desire, determination and commitment to build an independent nation, live in it and develop, then there is no way back...