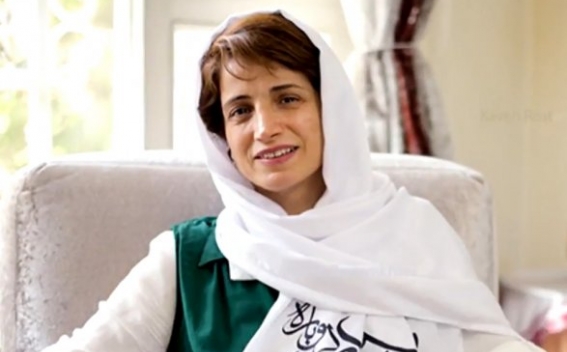 Iranian human rights lawyer Nasrin Sotoudeh has been sentenced to an extra 10 years in jail on top of the five-year term she is already serving, her husband Reza Khandan said Tuesday.

Sotoudeh is an award-winning rights activist who was arrested last June and told she had been found guilty in absentia of espionage charges and sentenced to five years, AFP reports.

The new 10-year sentence is the longest of seven different verdicts totalling 33 years bundled together in a case and communicated to Sotoudeh in prison, according to Khandan. "But only the longest sentence will be served, which is 'encouraging corruption and debauchery and providing the means'," he told AFP by telephone.

He said Sotoudeh has also been sentenced to a total of 148 lashes for appearing in court without the hijab Islamic head covering and for another charge.