Power Balance in Karabakh Kept on Quality Rather Than Quantity 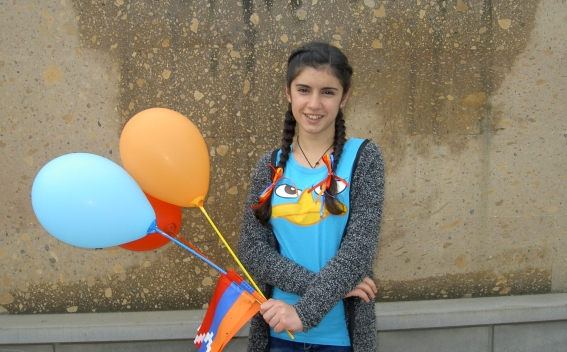 Recent developments over Karabakh made experts raise the issue of possibility of resuming military operations in Artsakh. However, those are not groundless statements. Azerbaijani authorities on behalf of Aliyev do not hide that intention both by regular bellicose statements and large scale military trainings at Karabakh border, also assertions on prioritizing power rather than rights. Aliyev’s explicit intentions of resuming military operations were indirectly confirmed by the OSCE MG co-chairs, who came up with a statement on "bare necessity of defusing tension” and called on the sides to refrain from statements and actions that suggest essential change of situation in places (Azerbaijani military trainings – edit.), or resuming military operations (bellicose rhetoric of Azerbaijan – edit.).

It was long considered that the Karabakh status quo is kept due to power balance. Indeed, not many hostile state borders in the world that are not kept by the peacekeepers, but both sides are watched by the hostile countries’ armies. This is possible if both sides understand that military operations will not lead to the desired result. The four-day April war unleashed by Azerbaijan in 2016 came to prove that in spite of official Baku’s  declarations on enormous superiority of military power and equipment, huge military budget that equates to the whole budget of Armenia and the volumes of weapons acquired, there is however power balance in the Karabakh conflict zone due to quality, not quantity. The Armenian armed forces are always in the defense position also psychologically, and in this position of defending their country both geographically and technically, do not give way to Azerbaijani armed forces, regardless of their heavy trainings under Turkish instructors.

Power balance is also kept due to the interests of other actors beyond the region. Today, as before, resuming the military operations is beyond the interests of international players. In April 2016 they might have been tempted to better relationships with Azerbaijan by “allowing” their April venture, but both they and Azerbaijan, constantly demonstrating its muscles understood that resources invested in war, be it financial or human, do not equate to the results, expectations of which have been planted in Azerbaijan for years.

According to the experts in spite of 10 000 warriors and huge volumes of military equipment spread over the border with Karabakh during the recent trainings, there will not be large scale war in the region. Some analysts do not rule out sporadic operations, however results would be predictable: as in April there will be casualties (real number of casualties in Azerbaijan was disguised) and no regulation of Karabakh conflict.

In general it is impossible to settle the conflict through war. It is impossible to forcefully possess Karabakh by exterminating all the Armenians there. Such an attempt was made in the 1990s, under disproportionate power balance, when Azerbaijan was stronger and more abundant, while Karabakh did not have their own army. We remember how that war ended. Nowadays Azerbaijan has hardly forgotten the 20 year old history. No matter how much Azeris want to believe in the myth of their superiority people understand that peace in the region is kept due to power balance based on quality not quantity indices.