Sarsang Reservoir: Platform of Dialogue Between Karabakh And Azerbaijan 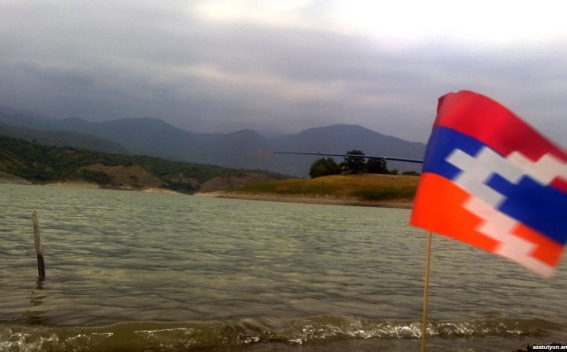 For how long can one offer peace to those who desire a war? Unendingly, because war is evil. This is an explicit to anyone who has ever experienced a war. Probably it is not by chance that two former combatants who once fought for the security of Karabakh, Arayik Harutyunyan (ex-prime minister of Karabakh) and Artur Aghabekyan (ex vice prime minister of Karabakh), at various times spoke about the possibility of a “water truce” with Azerbaijan.
Arayik Harutyunyan, head of the Karabakh “Free Homeland” party, presented two proposals of humanitarian cooperation that the Foreign Ministers of Armenia and Azerbaijan could discuss at the upcoming meeting on April 15. Thus, to establish lasting peace in the region, Arayik Harutyunyan proposes to open the airspace of Karabakh for international flights and use the water resources of Sarsang reservoir with Azerbaijan.

Interestingly the two proposals are not new in the Karabakh discourse. Back in August of  2013 Artur Aghabekyan, vice prime minister of Karabakh, stated about the possibility of using the Sarsang reservoir as well the Tartar river water jointly with Azerbaijan. “The Sarsang reservoir has far more potential than we use and correct usage of the soviet constructed water canals will benefit both Armenia and Azerbaijan,” Aghabekyan said in an interview with Azatutyun. He noted Karabakh’s readiness for borderline collaboration and the urge to prepare the peoples for peace back in 2013.

In 2015 co-chair of the OSCE MG from the US James Warlick stated about the US readiness to help Karabakh and Azerbaijan to share the Sarsang reservoir. Warlick wrote on his Instagram page, “We must ensure that the Sarsang reservoir continues to provide safe and reliable energy to the people of Nagorno-Karabakh. It is also important that the dam is safe and that the water flows to Azerbaijan as well. This is a win-win situation. Why can’t the sides cooperate when it is flows from their common interest?”

It is noteworthy that every time such talks came up the inhabitants of Tartar region of Azerbaijan held protests demanding that the local authorities provide them with irrigation water. Official Azerbaijan, however rejected collaboration referring to political excuses, the key one being that Baku refuses to hold talks with “separatists.”

In 2016, the issue of the Sargsang reservoir made its way to Strasbourg, before the PACE session. PACE reporter Milica Markovic from Bosnia and Herzegovina, biased towards official Baku, submitted a resolution, saying that those in charge of the reservoir “deliberately deprive” the surrounding areas controlled by Azerbaijan of water. Apparently, she ignored the talks ongoing for three years, about Karabakh readiness to provide Azerbaijanis with water from Sarsang, including at the level of the OSCE Minsk Group Co-Chair. A recent statement by Arayik Harutyunyan, who is going to push his political career in Karabakh, is a reminder to the world that Artsakh is not unsubstantiated in its desire for peace and offers practical steps.

Artsakh’s readiness to share the Sarsang reservoir is a practical step that is ignored on behalf of the Azerbaijani authorities, not the ordinary population, particularly of the borderline regions. This would solve many of their agricultural problems. Back in 1992 Georgia and Abkhazia as parties in conflict came to terms over joint use of the borderline Inguri Dam. This probably might not have eased the Georgian-Abkhazian conflict, but it settled one of the crucial humanitarian issues of that conflict and served as another platform of a dialogue.

Thus, who desires peace more in this region? In a civilized world everyone needs peace and prosperity. Will the “water truce,” repeatedly offered by Karabakh, serve as a platform for lasting peace in the region, is up to the negotiators and politicians. Time has definitely come to soberly assess the reality, be it political or humanitarian. Meanwhile one should definitely not get tired of offering peace to those who desire a war…