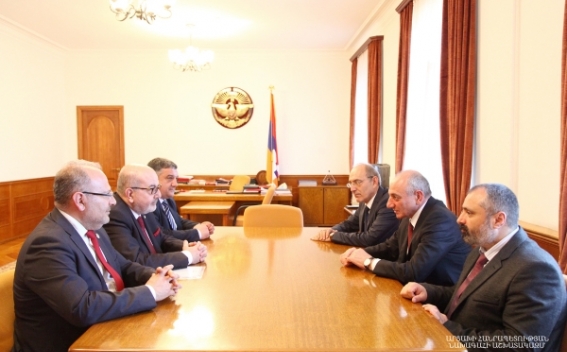 On 30 April Artsakh Republic President Bako Sahakyan received the delegation of the Armenian General Athletic Union.
The President considered demanded the cooperation with the Armenian General Athletic Union commending the organization's activity towards patriotic upbringing of the younger generation and development of sports and physical culture in the Motherland and the Diaspora.
Vice-chairman of the Artsakh Republic National Assembly Vahram Balayan and other officials partook at the meeting.