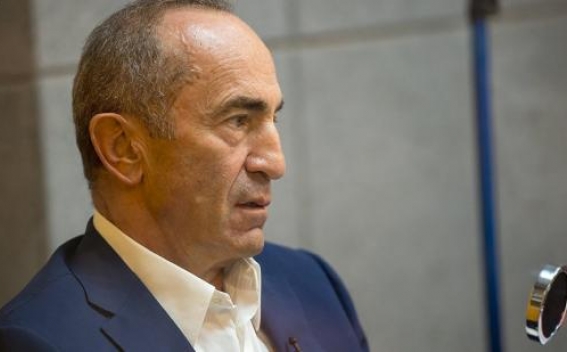 The judge presiding over the trial of Armenia’s former president Robert Kocharian on Monday suspended the trial and referred the matter to the Constitutional Court—Armenia highest court, Asbarez reports.

Judge David Grigoryan’s decision was conveyed to defense attorneys by the court staff via telephone, according to Ohanyan’s attorney Karen Mezhlumyan who told news.am.

On Saturday, Grigoryan vacated the pre-trial custody order against Kocharian who left the courtroom soon thereafter. The judge said his decision was based on a plea from the current and former presidents of Artsakh, Bako Sahakian and Arkady Ghukassian, who called for his release. The two Artsakh leaders attended a hearing on Thursday and offered their personal guarantee that Kocharian would not obstruct justice and will appear in court on scheduled trial dates.

Ohanyan’s attornery, Mezhlumyan, told news.am the Constitutional Court would most likely address and later rule on whether the application of Article 301.1 of Armenia’s Criminal Code (breaching of constitutional order) is, in fact corresponds with the constitution.

Mezhlumyan said that the Constitutional Court will have to render a verdict before the trial can move forward. The suspension of the case pending a ruling from the high court also impedes the prosecution’s ability to appeal the releasing Kocharian from custody.

Kocharian’s said that they had filed a similar motion, but said the court had not examined it.

“Additionally, I want to say that the ruling on changing [Kocharian’s] pre-trial remand order will be appealed,” said Khachatryan.