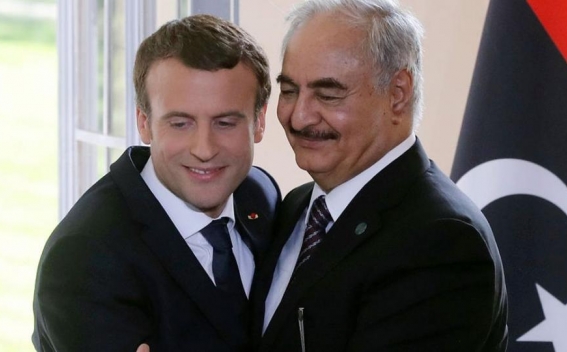 Libya's renegade military commander Khalifa Haftar has ruled out a ceasefire, saying he wants to remove groups from the capital that "infested" the United Nations-backed government, a French presidential official has said, according to Al Jazeera.

Haftar said the conditions for halting hostilities "were not met" while acknowledging that a "political dialogue" is needed to end the standoff with his rival, Prime Minister al-Sarraj, the official said on condition of anonymity.

"When the question of the ceasefire was put on the table, Haftar's reaction to this was to ask: 'negotiate with whom for a ceasefire today'," the official said, acknowledging "an impasse between the international community's desire for a ceasefire, and marshal Haftar's way of seeing things".