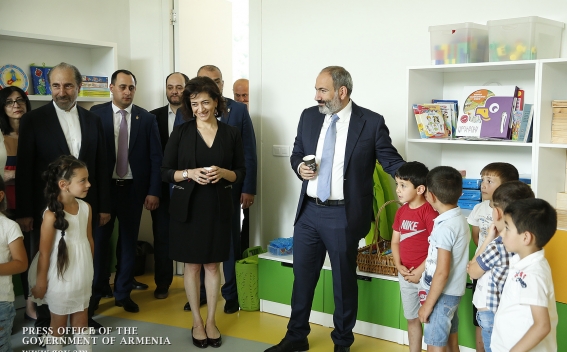 Prime Minister Nikol Pashinyan and Mrs. Anna Hakobyan visited the Smart Center of the Children of Armenia Fund (COAF) in Debed village of Lori Marz. The Center was launched in May, 2018.

The Prime Minister and Mrs. Hakobyan toured the Center getting acquainted with the investment program and the training opportunities offered to young and elderly people, including music, dance, painting, active citizenship, languages, programming, robotics, etc.

Then the Premier met with local young and elderly people at the Center’s conference hall. He addressed them and answered their questions. Nikol Pashinyan noted that he had been planning to visit the Smart Center for a long time and was happy for today’s occasion. The Head of Government noted that he saw what he had expected to and thanked Children of Armenia Fund Manager Karo Armen.

Nikol Pashinyan noted that at a meeting with a Diaspora representative yesterday he touched upon the Armenian revolution. “It is common for any revolution to have its economic foundation. I have been thinking about this topic very much and I have recorded that our revolution, too, had its economic groundwork because the revolution actually had begun much earlier than it happened. Of course, we initiated a political process, but what had happened before that was not perceived as a revolution. In the meantime, they shaped the necessary economic basis for the revolution. The economic foundation of our revolution is those people who have demonstrated initiatives in science, education, and business, which were beyond the scope of traditional oligarchic corrupt logic,” the Prime Minister noted. The Premier noted that he authored an article in 2017 which predicted an economic flight in Armenia.

“I have seen initiatives in the Republic of Armenia, and most importantly, there has been a change in the behavior of a number of Diaspora figures in Armenia, they have come to the conclusion that the philosophy of charity should be changed by the logic of development, to implement projects that will help people act,” the Premier said, noting that he does not underestimate charity and bows down to all those who supported our country at different times.

According to Nikol Pashinyan, the old formula for the activities of Diaspora figures has helped people to survive the difficulty, and the new formula is the same formula that has helped the revolution to help people believe in themselves.

“This is the resolution of the revolution in Armenia last year, since the rest of the political districts differ from last spring, what was the resolution that eventually changed? It was very clear. In the past, people believed in political leaders, hoping to deal with them, seeing what they were seeing in the field of political leaders, and last year people believed in themselves, not people on the platform.

The Head of Government underscored that the government’s role is to create conditions and infrastructure for people to work on themselves. “The revolution is that a 40, 50-year-old can come to the same room with a child and learn something. I consider myself a bearer of such values. I was a National Assembly member and went to the American University to study English together with 9-grade children. This is what I call revolution. If we fail to learn something new every other day, we waste time and prepare a propitious ground for despair. We have come out of the pit of despair, but we are still walking along the path of hope; we need to build a highway of hope. We know what should be done for it, Armenia should turn from an agrarian to an industrial country,” Nikol Pashinyan said and stressed that this is just the way to changing our lives.

And for this reason, according to the Prime Minister, we need to implement projects in processing industry, machine building, high technologies, tertiary, banking and tourism sectors. The Premier emphasized that children first of all should be prepared to live and create in a powerful industrial country. According to Nikol Pashinyan, each of them must believe in himself, believe that he can be an engineer, a scientist.

“When we talk about the technological reality, many seem to believe that we underestimate humanitarian education. No, either the technological reality calls for well-developed arts and literature. When we say an industrial country, we should mean that culture and education are a power source for industry. We must proceed step by step on this path, which is really ours,” Nikol Pashinyan pointed out.

Touching upon the demographic issue in Armenia, the prime minister noted that they constantly discuss this issue and hear the opinion of different experts who say what they should do.

“Looking back at our history, we can see when and why Armenia’s population doubled. It was when industry developed in Armenia, yes it was in Soviet times, but the authors of it were our fathers and grandfathers. During that period we had such titans as Hrant Matevosyan, Martiros Saryan, Minas Avetisyan, Yervand Kochar, Vahram Papazyan, Gohar Gasparyan and Hrachya Nersisyan. I want to show that yes, the way of thinking, the structure of the economy can change a lot in our reality. The role of such centers is so exceptional that we help our children to believe in themselves that the citizen of Armenia first of all believes in him, the rest of the ministers, and the MPs are just anxious because he creates the prime minister with his image and his likeness. It is a great honor for us today to reflect the desires, dreams, aspirations, goals, strength and wisdom of our people,” Nikol Pashinyan said.

According to the Prime Minister, last year a revolution took place in Armenia, which is unprecedented in the history of the world, because our people are such.

“For a long time, many crucial processes went unnoticed in our country. The question may arise why the authorities failed to oppress them? I think because they just had other goals and concerns. The oligarchs then did not take any interest in thinking: they were just looking for profit. This is where this new reality comes from, and the Armenian people, the citizens of the Republic of Armenia forged it. I would like to pay tribute to this center, and all those who have laid the foundation for today’s changes,” the Prime Minister stated, hopeful that the Children of Armenia Foundation will set up such centers in all the regions of Armenia.

Nikol Pashinyan noted that the third stage of Diaspora Armenians’ activity has come. According to the Prime Minister, the first was the stage of charity and assistance, the second came with the implementation of development programs, the third and the decisive stage is Armenia’s industrialization.

The Head of Government expressed conviction that at this stage the Diaspora should be much more active in its undertakings. Nikol Pashinyan advised that recently he had decided to award Suren Yeritsyan, founder of Tavush Textile company, who was born in Tavush, emigrated to the Russian Federation, founded factories and had success, but came to over one thousand industrial jobs in the frontier zone It has been created and this process continues.

“Mr. Karo Armen, the revolution is the fruit of the activity of people like you, Suren Yeritsyan and others who have brought in a concrete political ideology. Naturally, there has been no agreement on all this, but it acted not only due to our instinct of self-preservation, but also because we were eager to live, win, empower and break the vicious cycle of our historical fate. Our historical experience is sufficient to get us out of that vicious cycle. We are doomed to be the winner thanks to our talent and intellectual potential. We have ideas, intellect and talent, which means that we will win, and this center is one of the most important symbols of our victory, these children are the greatest heroes of our triumph,” Nikol Pashinyan said.

The Prime Minister answered the questions of interest to the audience. Specifically, answering the question on what caused him to start the revolutionary campaign, Nikol Pashinyan said:

“Formally, I started my political activity in 2007, and my public speeches conveyed the following message: I suggested that every citizen of the Republic of Armenia should state that Armenia’s future depends on one person. It is a responsibility, and from that moment on, whenever I make any move, I try to understand how much a specific step corresponds to my formula. There is a lot of talk about legality: people want to see stricter laws, but what matters most here is our innermost law. First of all, I mean that each of should show restraint in his or her domain as a journalist, MP, political prisoner, or prime minister. Which is the difference between a corrupt official and a law-abiding public servant? The latter has internal checks and restraints. The future of Armenia depends on one person, and you or I may prove to be that very person,” Nikol Pashinyan concluded.

With USD 6 million invested, the Smart Center’s goal is to develop local resources and create opportunities for community use. The center is a comprehensive environment for informal education. It provides equal and equal opportunities for villages, children over the age of three, adolescents and adults. Smart Center’s four pillars include innovation and creativity, language and communication, entrepreneurship and local economic development, active citizenship and personal development.

Information technology and foreign language form the core of Smart’s software and training materials. Smart’s regional partner in the field of robotics and programming is the Next-Gen Lab of SAP Company, engaged in automated enterprise resource management. The Smart village has a guest house for visitors and tourists. 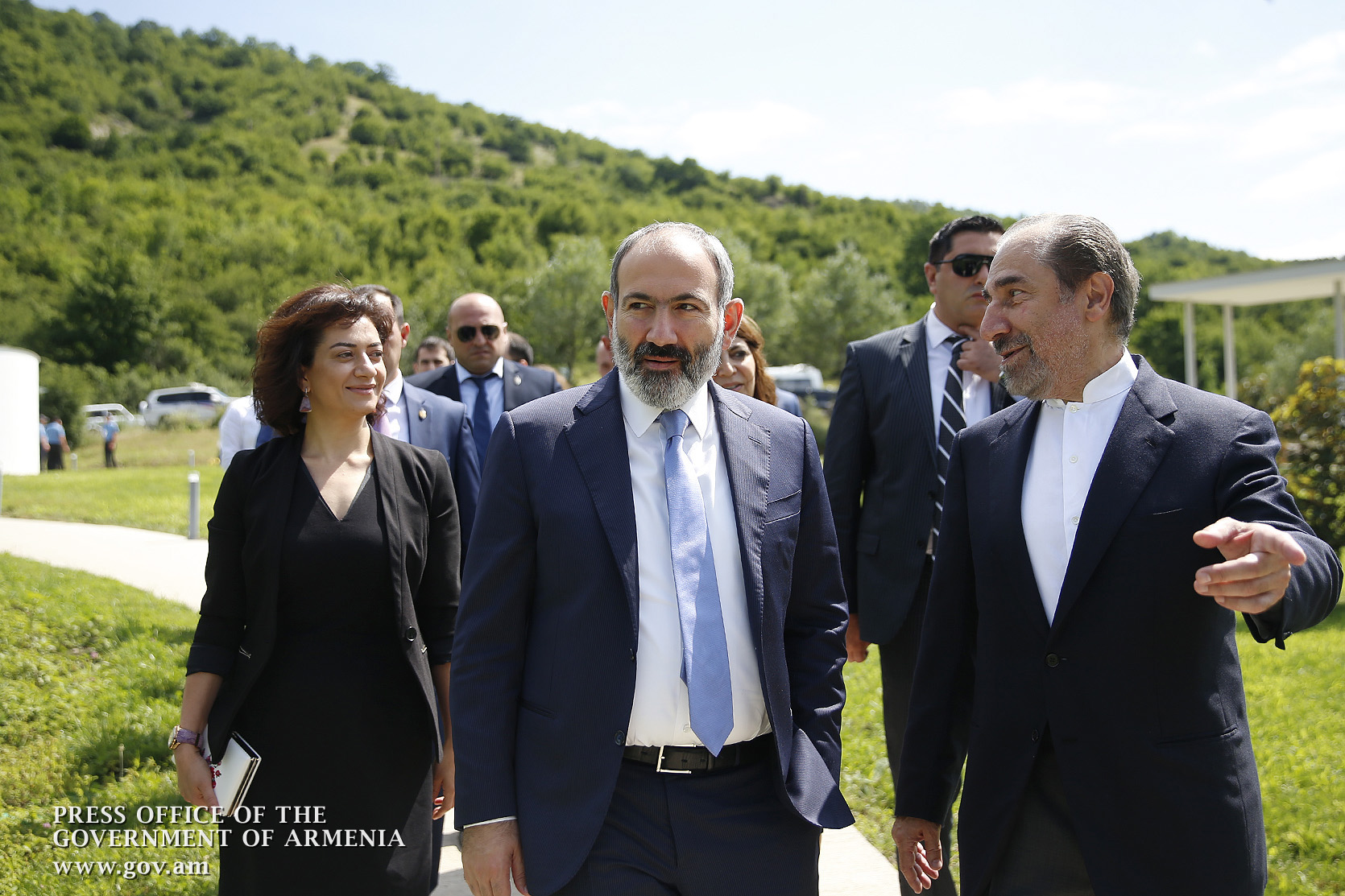 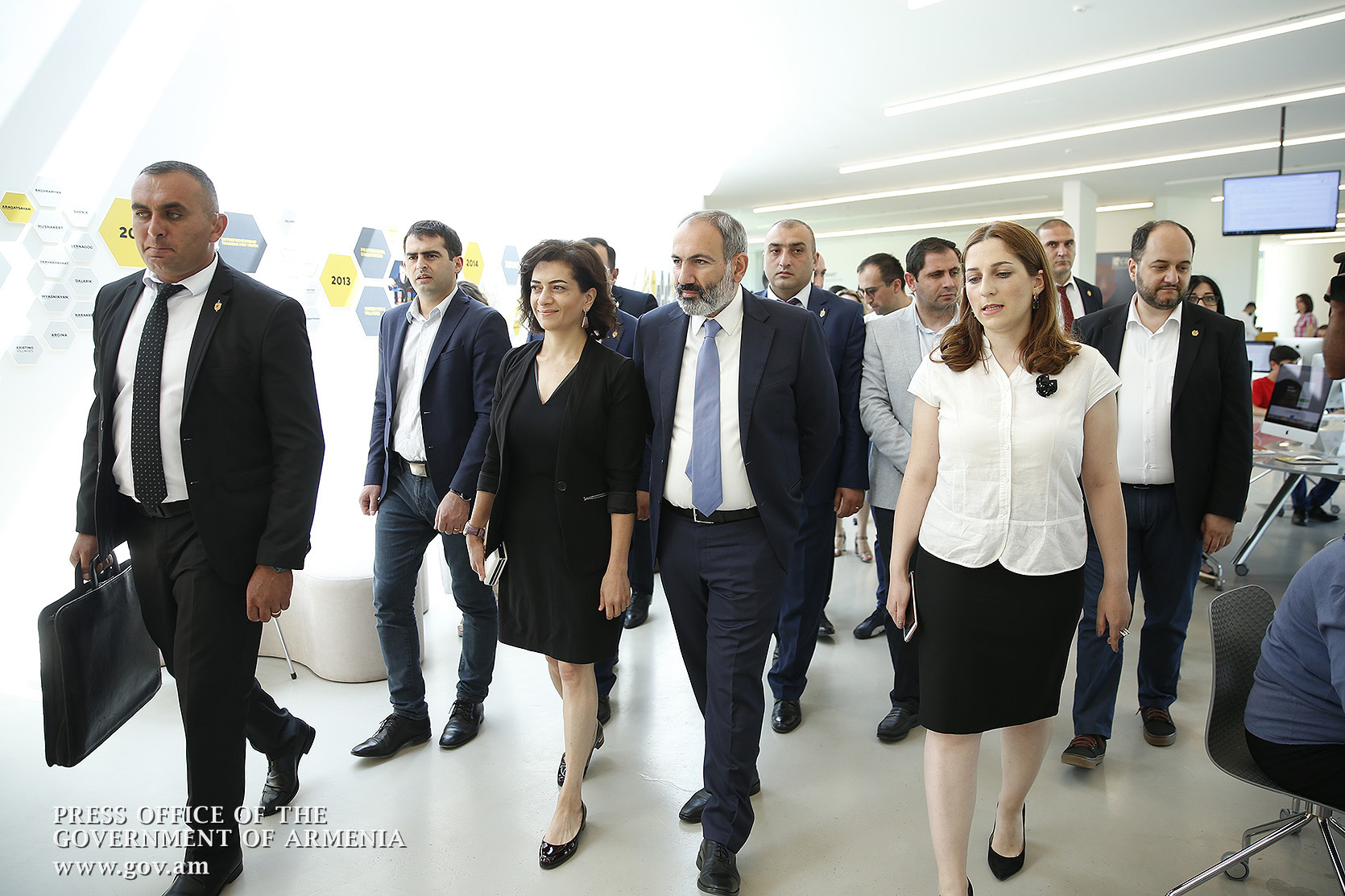 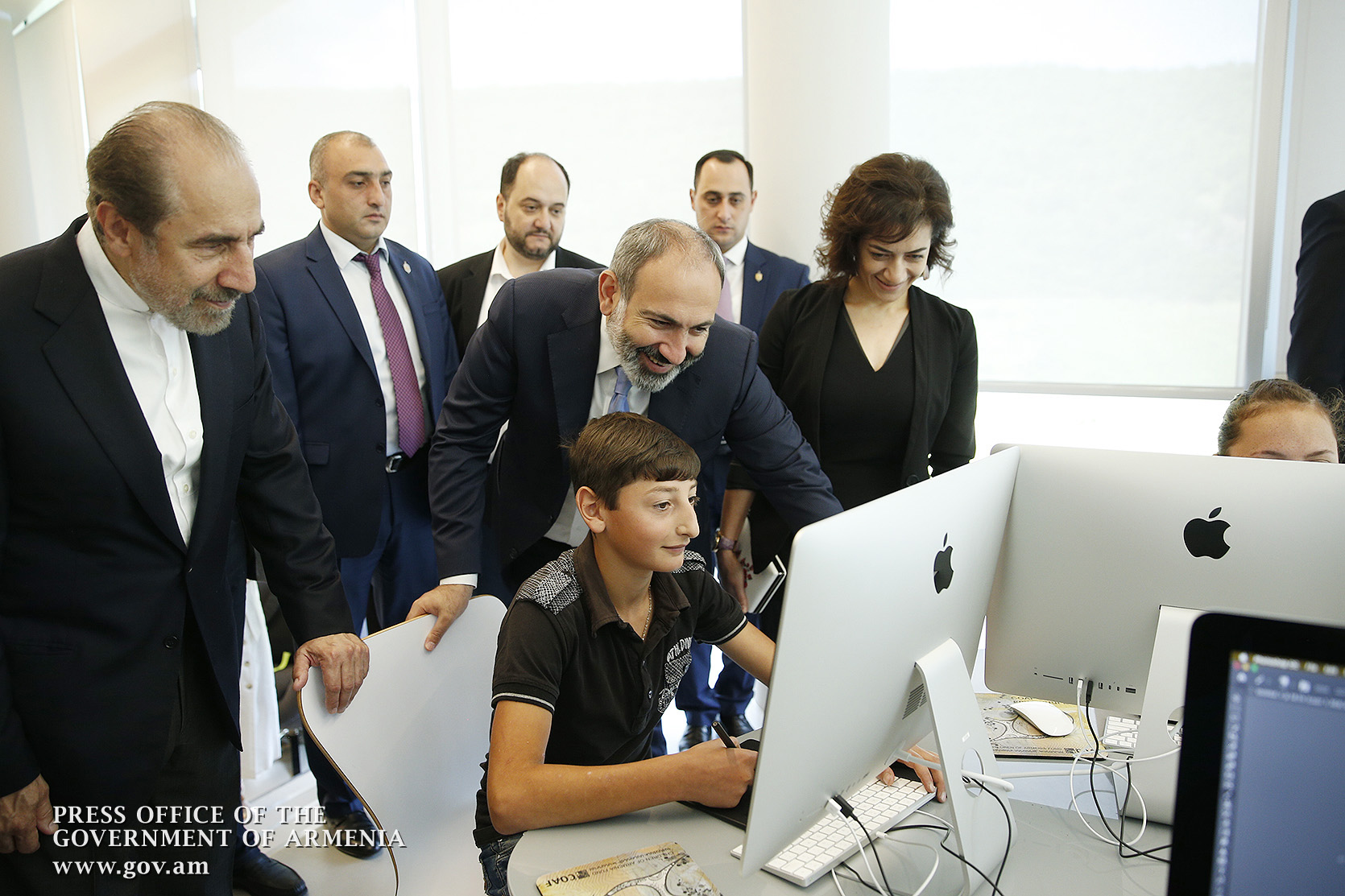 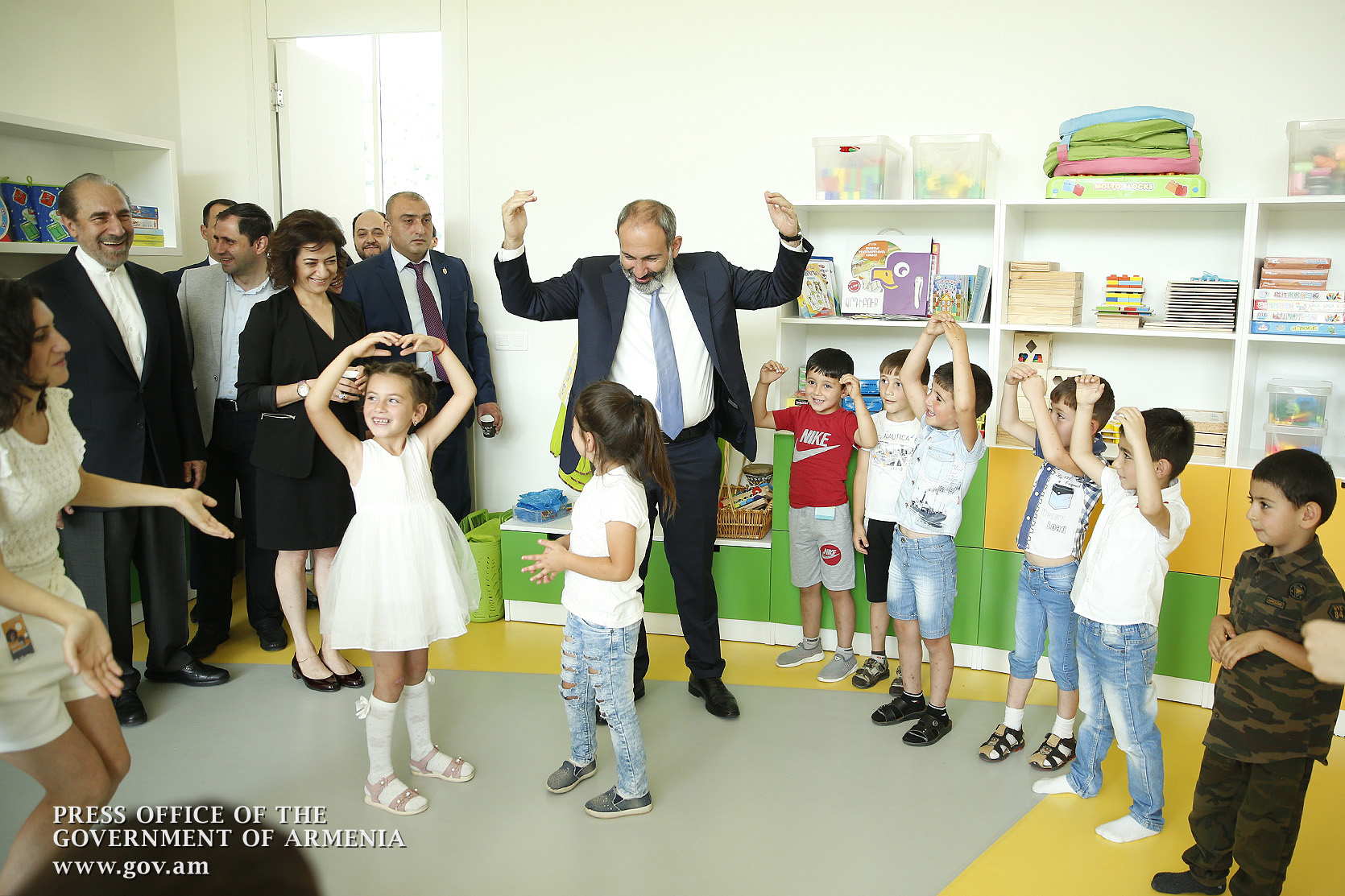 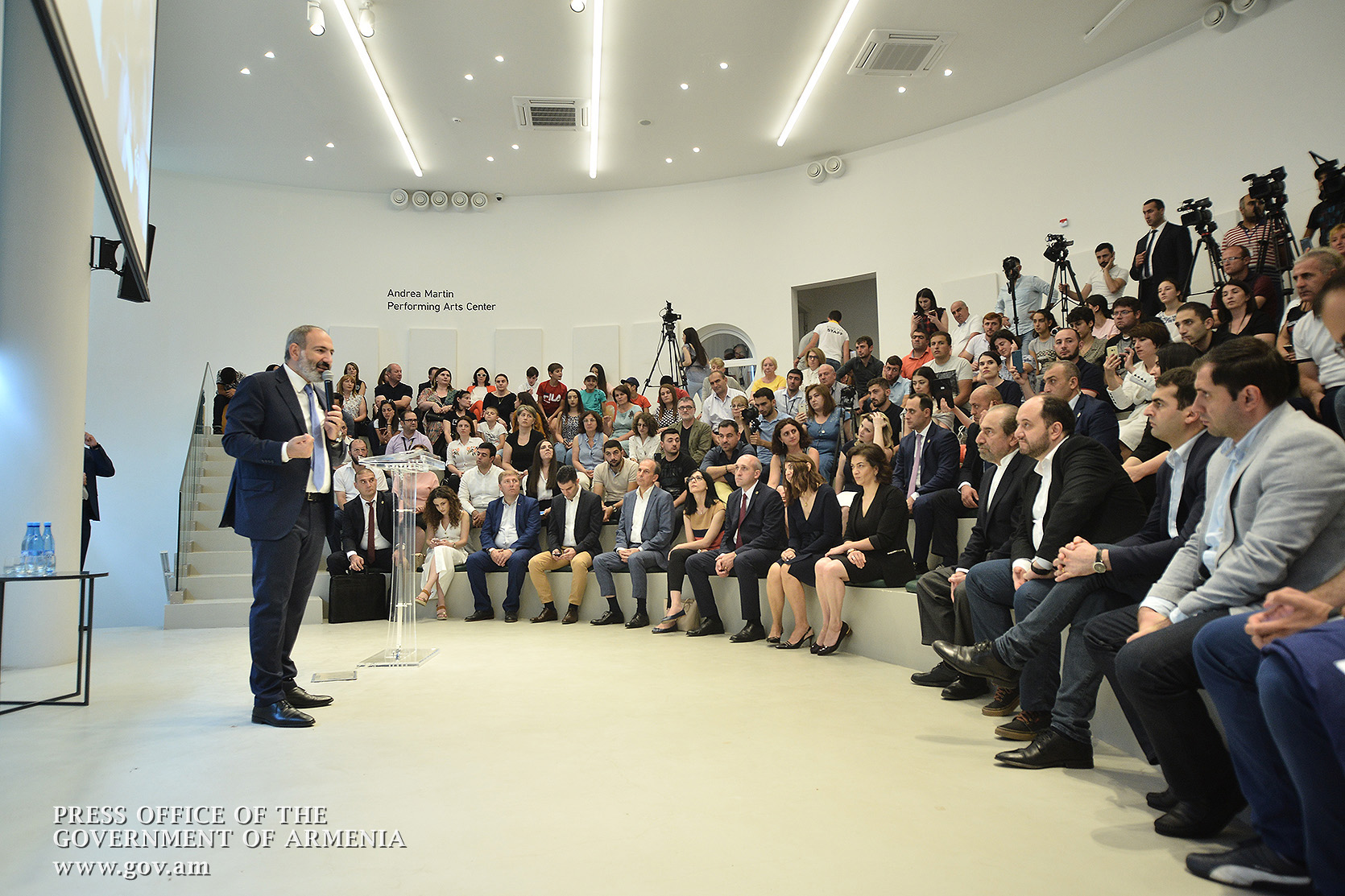 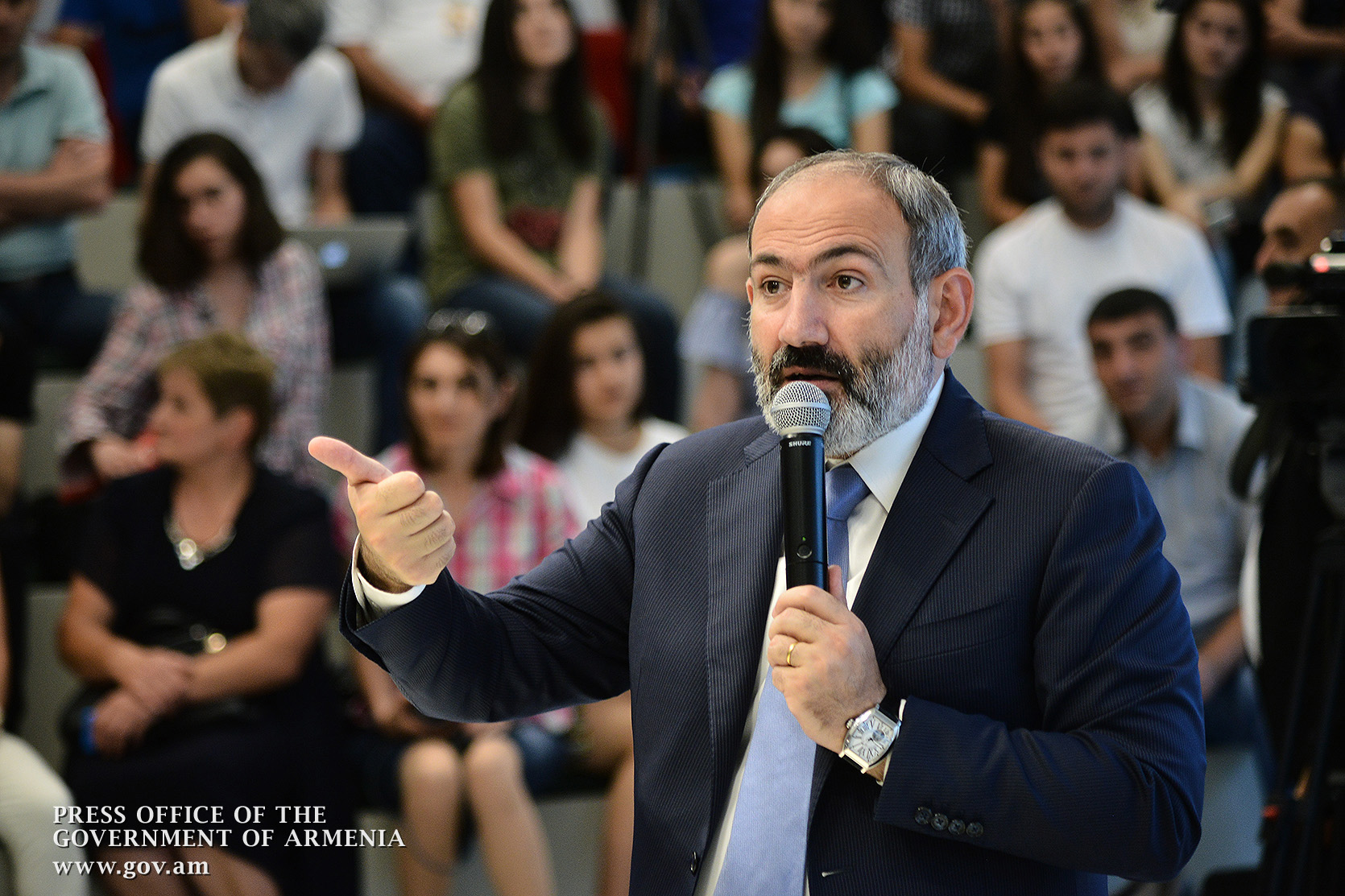