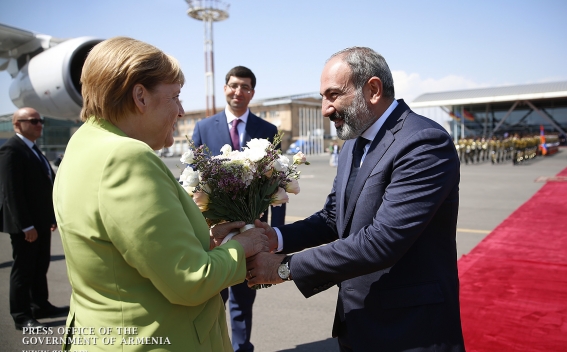 PM Nikol Pashinyan sent a congratulatory message to the Chancellor of the Federal Republic of Germany Angela Merkel on her birth anniversary. The message reads:

"Please accept my heartfelt greetings on your birthday anniversary. I wish you much happiness, as well as ever new achievements in your responsible mission.

Germany’s continued progress and strengthening during your tenure is the vivid evidence of your high qualities as a leader. Highly appreciative of the support provided by Germany and the European Union in implementing the reforms initiated after the Velvet Revolution in Armenia, I am hopeful that it will be continuous.

I have kept fond recollections of our meetings in Yerevan and Berlin which raised the friendly ties of Armenia and Germany to a new level. I am confident that the consistent implementation of our agreements will impart a new quality to the Armenian-German dynamic partnership to the benefit and for the welfare of our two peoples.

Reiterating my congratulations, I wish peace, success and all the best to you and your family."