PM Meets with Relatives of Victims of March 1, 2008 Events 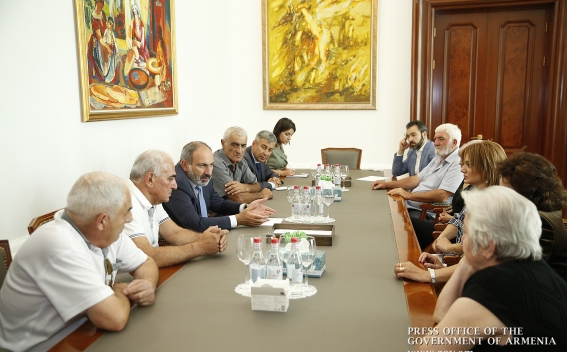 Addressing the guests, Nikol Pashinyan said: “I would like to evoke the decision that the Government adopted at the latest Cabinet meeting, that is, the decision on providing financial assistance to the legal successors of the victims of the events of March 1, 2008. I wish to make it clear that this is just an instance of material assistance and should not be viewed as compensation in any way since the lives of citizens of the Republic of Armenia are priceless.

My fundamental position on this issue is that the ultimate solution to this issue has to be determined by the European Court of Human Rights. The aforementioned government decision is an interim action that states the political stance of the Government of the Republic of Armenia. The future developments will come in the context of the decision of the European Court of Human Rights.”

The victims’ relatives said they have great expectations from the Prime Minister and his Cabinet following the Velvet Revolution and expressed belief that the changes taking place in the country would provide the opportunity to conduct an impartial investigation and give full exposure to the case of March 1.

The Prime Minister and the victims’ relatives exchanged views on the course of investigation into the events of March 1 and the activities for construction of a monument commemorating the victims.