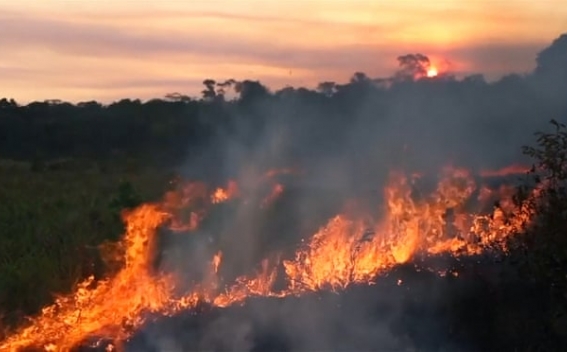 France’s president, Emmanuel Macron, has said the fires in the Amazon are an “international crisis” and called for them to be top of the agenda at the G7 summit, prompting a furious response from Brazil’s leader, The Guardian reports.

“Our house is burning. Literally,” Macron tweeted, adding that the Amazon produced 20% of the world’s oxygen.

Brazil’s president, Jair Bolsonaro, a right-wing nationalist who bristles at the idea of foreign interference in the Brazilian Amazon, took exception to his French counterpart’s comments.

“I regret that president Macron seeks to take advantage of what is a domestic Brazilian issue and of other Amazonian countries for personal political gain,” Bolsonaro tweeted, targeting what he called Macron’s “sensationalist tone”.

In a second tweet, he said: “The French president’s suggestion that Amazonian matters be discussed at the G7 without the involvement of countries of the region recalls the colonialist mindset that is unacceptable in the 21st century.”

Later Brazil’s foreign minister Ernesto Araújo weighed in with a thread on Twitter, condemning the “savage and unfair” international campaign against his nation.
Հայերեն На русском