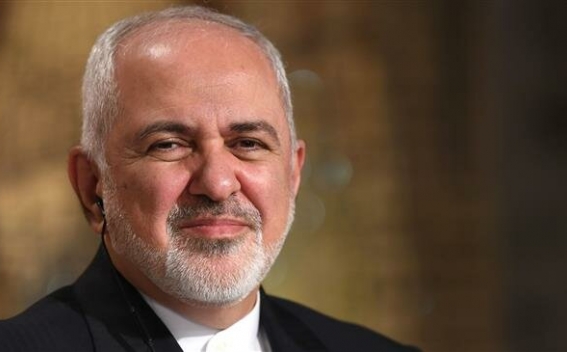 Iranian Foreign Minister Mohammad Javad Zarif said in a tweet on Monday that he has arrived in Beijing where he will offer Tehran’s proposal for a 25-year roadmap of relations between the two countries, farsnews reports.

“Here, I will present a 25-year roadmap to materialize our Comprehensive Strategic Partnership,” Zarif wrote today in a post on his Twitter page.

Iran’s diplomatic chief described his Asian tour of China, Japan and Malaysia as significant. “Important days ahead,” he added.

On Sunday, the Global Times, the English edition of Chinese state-owned newspaper People Daily, published a piece by Zarif where he said, “China has become an indispensable economic partner of Iran and the two countries are strategic partners on many fronts.”

“But in order to overcome the emerging challenges which have impeded the ability of many nations to achieve sustainable development, it is imperative for both China and Iran to strengthen their ties more than the past,” the top diplomat highlighted in his memo for the Chinese paper.

“Inspired by the Belt and Road Initiative, and to build strategic mutual trust, the Islamic Republic of Iran and the People's Republic of China have jointly worked on a guideline for future cooperation, which is a manifestation of the fact that the two countries' cooperation is now entering a new phase,” he added, touching upon Beijing’s ambitious initiative.

On Saturday, Chinese Ambassador to Iran Chang Hua took Washington responsible for increased tensions in the region through its unilateral withdrawal from the nuclear deal, and stressed that no third party is allowed to interfere in relations between Tehran and Beijing.

Early in this month, Zarif tweeted about Washington’s harsh policies against Iran, China and Russia, and reminded the White House that such policies will not serve US’ intention to reverse the shift in global power.

He advised American officials to stop worsening the situation around their country with isolating moves.

Zarif said the US cannot change the fact that global power is shifting in favor of Iran, Russia and China by resorting to sanctions and killing deals, advising Washington to, instead, adapt to the new realities on the world stage and “stop isolating itself”.

The Iranian foreign minister made the comments hours after the US officially withdrew from the Intermediate-Range Nuclear Forces (INF) Treaty with Russia — a landmark Cold War-era arms control agreement signed between the two sides in 1987.

This came shortly after the US imposed a new set of sanctions against Russia over its alleged role in the poisoning of an ex-spy in the UK in 2018.

Late last month, Zarif and Head of the International Liaison Department of the Communist Party of China Song Tao in a meeting in Tehran conferred on the two countries' bilateral ties and ways to confront the US hegemony.

During the meeting, Zarif and Song underlined friendly relations between Iran and China in all fields, specially meetings between the two countries' presidents in recent years.

They also discussed the two countries' common strategy on international developments, including the US unilateral policies in violation of the international rules and the country's attempts to impose its hegemony on the world.

The two high-ranking officials also exchanged views on the most important issues in bilateral relations and the latest developments in the region and the world.