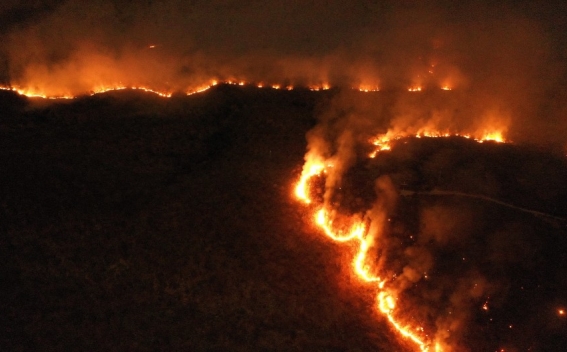 International leaders at the G7 summit have agreed to provide logistical and financial support to help fight fires in the Amazon rainforest, BBC reports.

The agreement came as the leaders of Canada, France, Germany, Italy, Japan, the UK and the US continued to meet in Biarritz, France.

A record number of fires is burning in Brazil, mostly in the Amazon, according to the country's space research agency.

Mr Macron said the funds would be made available "immediately" - primarily to pay for more fire-fighting planes.

"France will also offer concrete support with military in the region within the next few hours," the French leader said.

President Macron last week described the fires as an "international crisis" and pushed for them to be prioritised at the G7 summit which his country is hosting.

G7 leaders also intend to discuss plans to reforest the Amazon, at the United Nations general assembly meeting in September.