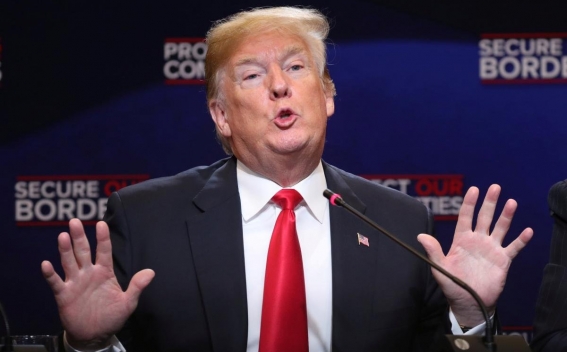 President Donald Trump did not commit to a $20 million package proposed at the G7 to help Brazil fight fires in the Amazon, a Trump administration spokesman said Wednesday, CNN reports.

French President Emmanuel Macron announced Monday that G7 nations had agreed to fund a $20 million package to help combat raging forest fires in the Amazon and said the US was on board with the proposal despite Trump's absence at a leaders meeting on the environment.
But National Security Council spokesman Garrett Marquis said Wednesday that the US had not committed to the aid package, citing a lack of coordination with the Brazilian government.
"The United States stands ready to assist Brazil in its efforts to combat these fires, and did not agree to a joint G7 initiative that failed to include consultations with President (Jair) Bolsanaro," Marquis said in a statement. "The most constructive way to assist is in coordination with the government of Brazil."
Հայերեն На русском