No Tension in Relations with Defense Minister: Chief of General Staff of Armenian Armed Forces 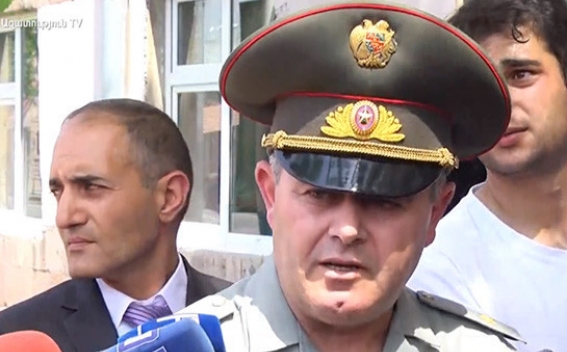 There is no tension between the defense minister and the Chief of the General Staff of Armenian Armed Forces Artak Davtyan, the latter stated about it speaking to reporters today, Aysor reports.

He stressed the chief of the General Staff is subordinated to the defense minister and implements the instructions of the minister.

“I do not know about any tension and cannot tell anything more about it,” Davtyan said, refuting the information published in media about tensions between him and minister Davit Tonoyan.

As to the talks about being replaced by his deputy Onik Gasparyan, Davtyan said if he is relieved from post or resigns the candidacy of the deputy chief naturally may be reviewed.

“If you have noticed, all the chiefs of general staff have not served till the end of their lives. There are set terms and we are working in accordance with them,” the high-ranking military official said.

With the request of the reporters he referred to the topic of moving the positions in north-eastern directions forward.

“The armed forces implement their tasks. The public will get detailed information on time,” he stressed.