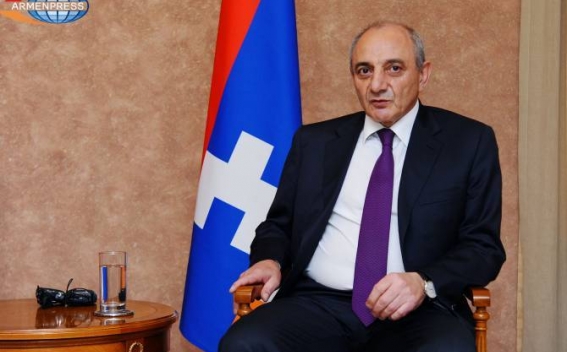 On 9 September Artsakh Republic President Bako Sahakyan sent a congratulatory address in connection with the local self-government bodies' elections. The address runs as follows:
"Dear compatriots,
I extend my heartfelt congratulations to all of us on the local self-administration bodies' elections held in our republic.
As usual, the recent electoral race was quite dynamic, the elections were held in the intrinsic to democratic states environment of freedom, transparency and mutual respect, which has been also testified by different organizations carrying out observation missions.
I would like to congratulate the candidates having succeeded in the elections and wish them fruitful work. The local self-administration bodies are primordial the chain whose efficiency to a great extent predetermines the functioning of the entire state system. I am thus confident you will do your best for the development and enhancement of your communities and Artsakh.
I would also like to congratulate all the candidates having taken part in the elections and wish them success in their future undertakings.
These elections have marked another significant step in the development of our state-building, on our people's path to build a free, independent and democratic country."