Armenia PM: If Government Were Subjected to Pressure on Teghut Matter, Over 900 People Would Again Be Unemployed 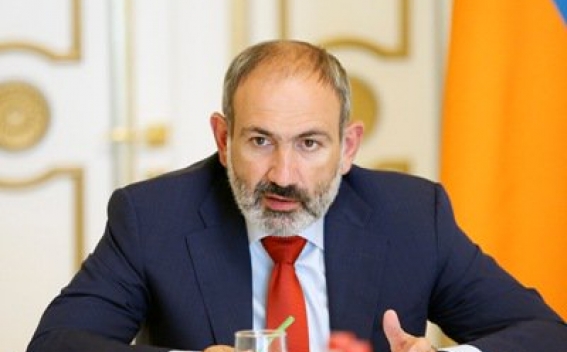 Had the government been subjected to pressure on the matter of the Teghut copper and molybdenum mine, more than 900 people would again have been out of work. The Prime Minister of Armenia, Nikol Pashinyan, noted about this in a Facebook post, News.am reports.

“At the end of July, there was a great deal of uproar that, supposedly, the dam of the tailing dump of the Teghut mine was on the verge of collapse and could collapse at any time,” Pashinyan wrote. “Let me say at once that if those claims were true, the dam of the tailing dump of Teghut would have collapsed (or at least cracked, deformed) as a result of the earthquake that occurred the previous day, because an earthquake of 2-4 magnitude was registered in the mine area.

“This is exactly what I mean when I say to go after the truth until the end. In those days, there was a lot of pressure on the government to stop the work of the Teghut mine. Had we done so, more than 900 people would again have been out of work, and the unexploited mine would have become a bigger problem because there would not have been any entity accountable for it, before which it would have been possible to make demands, including in terms of ensuring safety and environmental standards.

“And we [the Armenian government] decided to go in another way. The inspectorate bodies went [to Teghut] and carried out a detailed inspection. As a result, they concluded that there is no risk of the dam collapsing, and the earthquake of the previous day proved the truth of that assertion.

“Thereafter, the mine operator was required to carry out expertise of the dam of the tailing dump and to ensure its long-term safety.

“And will those who were claiming that the Teghut mine will collapse now bear any accountability? Of course not because they can claim everything.

“But had the government given in to the pressures, would it have borne any accountability? Of course yes: at least for lowering Armenia’s investment rating, 940 workers left unemployed, [paying of] less taxes, and economic indicators.”