Trump: U.S. ‘Locked And Loaded’ For Response To Attack On Saudi Oil Sites 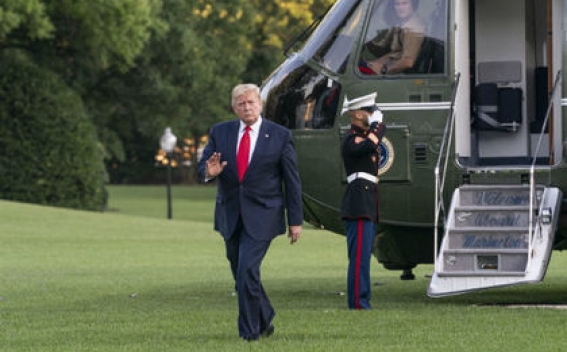 President Donald Trump tweeted that the US has "reason to believe that we know" who is responsible for an attack on a Saudi Arabian oil field and the country is "locked and loaded depending on verification" following the crippling strike, CNN reports.

"Saudi Arabia oil supply was attacked. There is reason to believe that we know the culprit, are locked and loaded depending on verification, but are waiting to hear from the Kingdom as to who they believe was the cause of this attack, and under what terms we would proceed!" Trump said.
Trump's tweet, which appeared to raise the specter of a US military response, served to ratchet up tensions in a region already on edge after Saturday's audacious attack on the Saudi oil field.
На русском