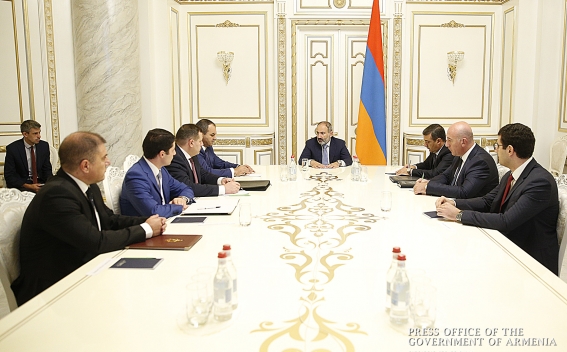 Addressing the meeting, the Prime Minister stated: “The purpose of today’s consultation is as follows: taking into account the recent major cadre changes in the law enforcement system to sum up the results of the anti-corruption fight of the past one year and outline our future actions on this path.

In general, I think we should give a new impetus to the fight against corruption, and if it’s possible to say, to restart this process, because this is important, in my opinion, not only in terms of revealing the corruption crimes of the past, but also I am just convinced that if we are not principled enough on this matter, corruption is a phenomenon which will fund the ways to be adapted to the new conditions and will gradually demonstrate return characteristics.

And in general, I want to record that because it is usually perceived in that way due to famous circumstances when we say corruption crimes, the cases that have taken place in the past are being taken into account for understandable reasons, yes, we mean that, but not only that. The fight against corruption is as important as in terms of today, in terms of today’s public administration system.

And I hope that based on our today’s discussion results we will also ensure the completeness of the mutual partnership of the law enforcement system because problems emerged in this system during this period. Of course, the fight against corruption has several key goals for us, I already mentioned one of them, the prophylactic purpose of which is to rule out the return of corruption phenomenon in Armenia’s public administration system.

The second direction is also very important, that the damages caused to the state and the people should be restored. Yes, we have already restored nearly 51 billion drams based on the data of 4-5 months, which is not small money, but, in fact, the information we have, generated and formed enables us to state that there is a lot to do here.

The next key direction in this sense is the necessity to establish order in Armenia. As I know that there will be related comments, at the same time our actions should not be or perceived as a process of repressions. This is also very important. The whole process should be organized in a way in order not to harm the image of Armenia as a democratic and a legal state. Quite the contrary, any action and movement in this path should further strengthen not only our country’s image, but also the reality of being so,” the Premier said.

The meeting went on to discuss the proposed anticorruption measures.