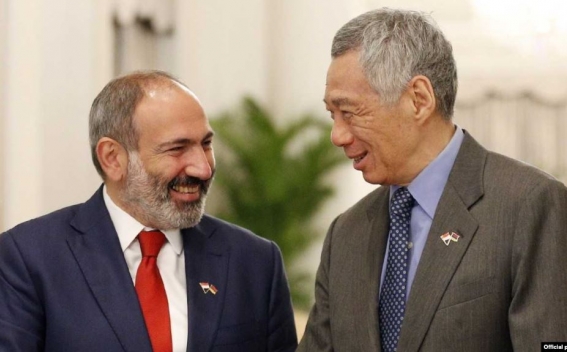 At the invitation of Prime Minister Nikola Pashinyan, a government delegation led by Singapore Prime Minister Lee Hsien Loong will pay an official visit to Armenia on September 28.

Within the framework of the visit, a meeting between the two prime ministers will take place, followed by their statements for media representatives on the results of negotiations. Meetings are also scheduled with Armenian President Armen Sarkissian, Catholicos of All Armenians, His Holiness Karekin II, and National Assembly Speaker Ararat Mirzoyan.

The Singaporean Premier will visit the Tsitsernakaberd Memorial Complex to commemorate the victims of the Armenian Genocide.