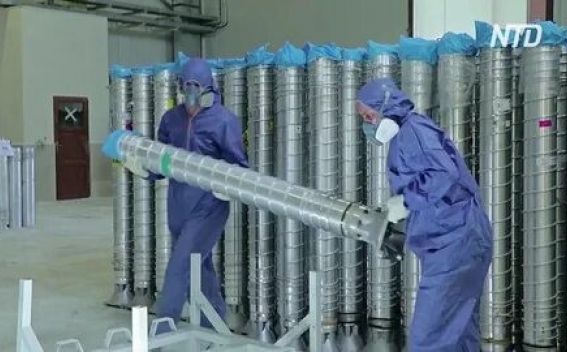 Iran has begun enriching uranium at the Fordow facility by feeding the centrifuge machines there with uranium hexafluoride (UF6) in the fourth step of reducing its commitments to the 2015 nuclear deal, Tasnim reports.

The Atomic Energy Organization of Iran (AEOI) said in a statement that the operation started at 00:00 local time (20:30 GMT) on Thursday, November 7, after the transfer of a 2,800-kilogram cylinder containing 2,000 kilograms of UF6 from Natanz nuclear facility to Fordow - near the city of Qom, where 1,044 centrifuges are installed.

The AEOI’s spokesman said the injection of uranium hexafluoride was being monitored by inspectors from the International Atomic Energy Agency (IAEA).

According to Behrouz Kamalvandi, Iran’s stockpile of enriched uranium, now around 500 kilograms, would increase by some 6 kilograms per day with the resumption of enrichment at Fordow.