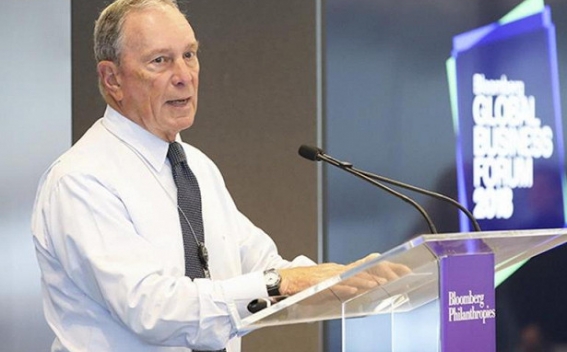 He is planning to submit his name for the Democratic presidential Primary in Alabama on Friday, the deadline to do so.

He has not decided whether to run for president but is back to actively considering it and is taking this step to keep his options open.

"Mike believes that Donald Trump represents an unprecedented threat to our nation," Howard Wolfson, an adviser to Bloomberg, said in a statement Thursday evening. "In 2016, he spoke out at the Democratic Convention, warning against a Trump presidency. In 2018, he spent more than $100 million to help elect Democrats to ensure that Congress began to hold the president accountable. And this year he helped Democrats win control of both houses of the Virginia legislature. We now need to finish the job and ensure that Trump is defeated -- but Mike is increasingly concerned that the current field of candidates is not well positioned to do that."

"Based on his record of accomplishment, leadership and his ability to bring people together to drive change," Wolfson added, "Mike would be able to take the fight to Trump and win.”

Last year, Bloomberg announced on Instagram that he decided to re-register as a Democrat, a move many interpreted as a strong indication he had interest in a presidential bid.