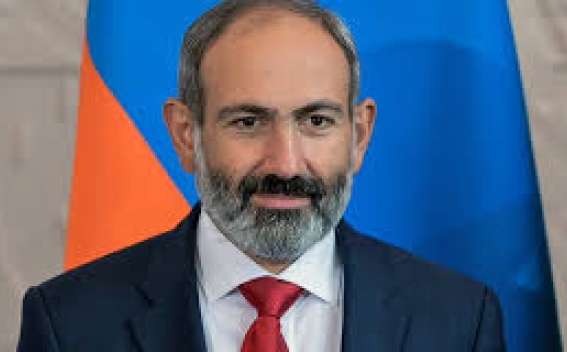 A delegation head by Armenian PM Nikol Pashinyan has arrived in Paris where they were welcomed at the airport by Armenia’s representative at UNESCO Christian Ter-Stepanyan, Armenian Ambassador to France Hasmik Tolmajyan.

Pashinyan will be on a working visit to Paris on November 11-12 to participate in the 2nd Paris Peace Forum and 40th Session of the General Conference of UNESCO.

Nikol Pashinyan will take part in an official reception on behalf of the president, organized in honor of the heads of state and government participating in the Paris Peace Forum.

On November 12, the Armenian Prime Minister will take part in the opening of the forum and thematic discussion within the event. The PM will deliver a speech. Pashinyan will present a symbolic gift to the library of the Paris Peace Forum.

The Armenian PM will also visit the office of the Organisation internationale de la Francophonie and will meet with the Secretary General of Francophonie Louise Mushikiwabo.

The visit of the Armenian Prime Minister and his wife to the central office of UNESCO and their participation in the 40th session of the General Conference of UNESCO is planned. As part of the thematic discussion of the conference, Pashinyan will make a speech. The Prime Minister of Armenia will also meet with UNESCO Director General Audrey Azoulay and will give an interview to the UNESCO press service.