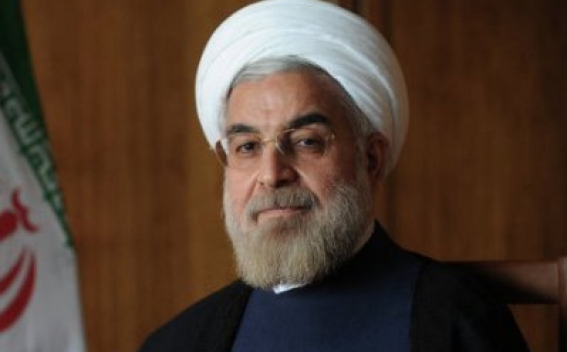 "After implementing this plan, we saw that some people took to the streets to protest. I believe that it is natural when the administration implements a plan and not everyone agrees to it. Some people may be opposed [to that plan] and they have the right to give voice to their opposition," Iran's president said. "What the government has done was in accordance with the law…We act on the basis of the law and what we finalized was agreed upon by the heads of the three branches of the government."

"I tell our dear people that protesting is different from rioting. Protest is a right for all the people and they can protest…but we must not allow insecurity in the society," the president added.

He also welcomed the efforts made of the Intelligence Ministry, the police force, the Islamic Revolution Guards Corps (IRGC) and the Armed Forces of Iran to identify the main actors behind the acts of vandalism.

Outlining the reasons for the government’s decision, Rouhani said that raising gas prices would not bring any benefits to the government, but rather serve the interests of the Iranian people.

The new measure, he added, will lead to lower gasoline consumption and help the country maintain its independence in gasoline production.

Last Thursday, National Iranian Oil Refining and Distribution Company (NIORDC said that the price per liter of regular gasoline rose to 15,000 rials (12.7 US cents) from 10,000 rials, and a limit of 60 liters per month was set for each private car. Additional purchases will cost 30,000 riyals per liter.