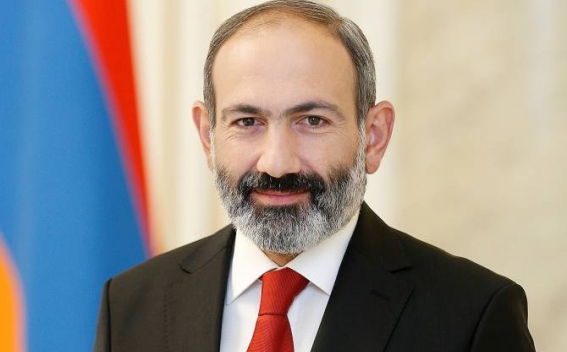 Prime Minister Nikol Pashinyan and his delegation have arrived in Italy. The official three-day visit is starting from Venice, ARMENPRESS’s Shant Khlgatyan reports from Italy.

The Armenian Prime Minister is heading to Saint Lazarus Island to the Monastery of the Mekhitarist Congregation to meet with the monks.

Afterwards PM Pashinyan will travel to Milan, where he is scheduled to meet with the local Armenian community at the Armenian Apostolic Church of the Forty Martyrs. The Armenian PM will visit the Italian Institute for International Political Studies (ISPI), an independent think tank, where he will meet with Mayor of Milan Giuseppe Sala and will participate in a discussion on Dialogue on Future. A meeting with Lombardy regional government officials, as well as businessmen is also expected. A joint Armenian-Italian Business Forum will also take place.

Then the Armenian PM will head to Rome to have meetings with Italy’s top leadership. PM Pashinyan will have a meeting with Italian PM Giuseppe Conte at Rome’s Palazzo Chigi, the official residence of the Italian Prime Minister.

The Armenian Prime Minister will also have a meeting with President of the Senate Maria Elisabetta Casellati and Italian Trade Agency (ITA) Director Carlo Ferro.

PM Pashinyan and his spouse Anna Hakobyan are also scheduled to visit the St. Nicola Armenian Catholic Church and the Pontifical Levonyan College in Rome.