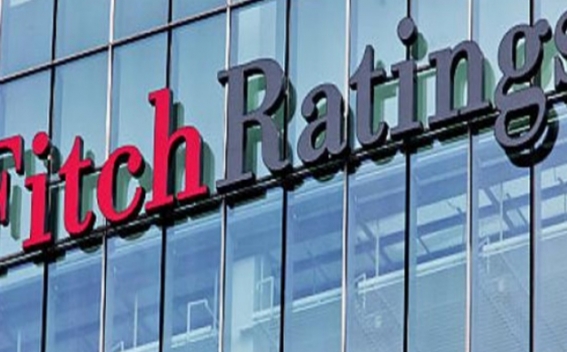 According to the organization, Armenia's institutions have facilitated a peaceful and orderly political transition and could strengthen further through structural reforms. The majority government under Prime Minister Nikol Pashynian has demonstrated its commitment towards a stable macroeconomic policy agenda and to the implementation of structural reforms, including the fight against corruption and monopolies and enhanced institutions and governance. Armenia's composite World Bank governance indicator improved substantially in 2018 to a 46% ranking, from 42.2% in 2017, reflecting a marked improvement in the 'Control of Corruption' (to 42.8% from 32.7%), 'Political Stability', 'Government Effectiveness', and 'Voice and Accountability' sub-indicators.

In spite of external volatility, domestic political shocks, and a period of rapid growth, Armenia has preserved macroeconomic and financial stability with inflation (3.8% in October) remaining below the Central Bank of Armenia (CBA) target of 4%, versus 3.4% for the current 'BB' median, due partly to the contractionary impact of public demand in 1H19 and a stable exchange rate. The CBA cut its refinancing rate by a cumulative 50bp in 2019 to 5.5%, after keeping rates stable since February 2017. Fitch expects inflation to pick up to 2.5% in 2020 and 3.3% in 2021, from 1.7% in 2019, supported by a more expansionary monetary policy.

Fitch has greater confidence in the government's commitment to put debt on a downward trajectory, as reflected by the adoption of a revised fiscal rule in 2018 aimed at bringing central government debt to below 50% of GDP by 2023. We forecast gross general government debt (GGGD) to decrease to 51.2% of GDP in 2019, and 48.4% in 2021, from a peak of 58.9% in 2017, supported by a prudent fiscal policy and low effective interest rates. Debt is exposed to exchange rate risk with 82% of government debt being foreign currency-denominated, versus a 'BB' median
of 55.6%.

Fitch expects fiscal policy to remain prudent in line with the principles underpinning the updated fiscal rule. The fiscal deficit is on track to be better than budgeted at a projected 1% of GDP in 2019, versus 2.2% in the 2019 State Budget and well below the current 'BB' median of 3%.

Improved tax efficiency and strong nominal economic growth will lift revenues by a forecast 1pp to 24.1% of GDP, while capex under-execution will contain expenditure growth. The fiscal deficit will likely widen to 2.2% in 2020 and 2.1% in 2021 as the Medium-Term Expenditure Framework entails a 2.2% of GDP increase in capex (to 5% of GDP), in line with the objective of shifting the structure of spending towards a more growth-friendly composition.

The tax reform adopted in June 2019 provides for the introduction of flat income tax rates and lower corporate tax. Revenue measures, including an increase in excise taxes and gambling and financial sector licence fees and removal of tax exemptions will compensate for the estimated impact of about 1% of GDP annual revenue losses in the near-term. Higher-than-expected GDP growth over 9M19, at 7.1% yoy driven by robust credit-led private consumption and dynamic private investment in the construction sector, led us to revise upwards our forecast for 2019 to 6.5% (from 4.6% previously), versus a five-year average of 4.5% and a 'BB' median of 3%.

Fitch forecasts growth to decelerate thereafter, as decreasing remittances inflows weigh on private spending. Robust service and industry sectors, recovery in mining supported by the re-opening of the Teghut copper mine, and pick-up in public investment will still support growth at an average of 4.7% in 2020-2021. The possible resumption of the foreign-owned Almusar gold mine exploitation provides upside to our forecast. Armenia's 'BB-' IDRs also reflect the following key rating drivers: Armenia's income per capita is weaker than similarly rated peers', and the country faces tense relations with some neighbouring countries.

Borders are closed with two neighbours and a longstanding conflict with Azerbaijan over Nagorno-Karabakh has the potential to escalate. Reliance on Russia is high for security, energy, trade, foreign direct investments (FDI) and remittances, while Russia provides 83% of Armenia's natural gas imports at a 30% discount rate, and an increase in gas tariffs is possible after the expiry of the gas price agreement with Armenia in December 2019. External vulnerabilities remain a key rating weakness, with a structurally large current account deficit, not fully financed by FDI, and high external indebtedness. Fitch forecasts the deficit to narrow to 7.8% of GDP in 2019 (9.4% in 2018), supported by a pick-up in mining exports, and of 8 dynamic tourism, agriculture and manufacturing sectors.

Statistical discrepancies and re-exports currently captured in net errors and omissions accounted for 3% of GDP in 2018. FDI is low, forecast at 2% of GDP in 2019, and financing 26% of the current account deficit, the remainder being filled by debt-creating flows. Net external debt accounts for a forecast 49% of GDP in 2019, almost three times the current 'BB' median. External liquidity is weaker than peers', with the international liquidity ratio projected at 102.5% at end-2019, below the 168% current peer median.

Yet, international reserves increased to USD2.5billion at end-October 2019 (3.6 months of current account payments, versus a 'BB' median of 4.5 months) from USD2.3billion at end-2018, as the CBA purchased foreign currencies to curb appreciation pressures on the dram. Access to external financing and improved exchange-rate flexibility mitigate low external liquidity in case of an external shock. External financing risks are mitigated by the precautionary Stand-By Arrangement of USD248million signed with the IMF in May 2019 and support from official creditors. The government issued a 10-year USD500million Eurobond in September with a 4.2% yield and bought back 80% (USD400million) of the Eurobond maturities coming due next year, hence removing short-term refinancing risk.

The banking sector is well-capitalised but profitability is low and loan growth remains high, at 15.4% yoy at September-end 2019, boosted by mortgage loan and consumer lending. This partly reflected a decrease in the informal economy, higher household real income and increased risk appetite from banks given pressures on profitability. Asset quality is strong, however, with nonperforming loans (from one day past due, as per the CBA classification) accounting for 5% of total loans. Dollarisation is still high at 50% of deposits and credit, despite the recent introduction of targeted macro-prudential measures.