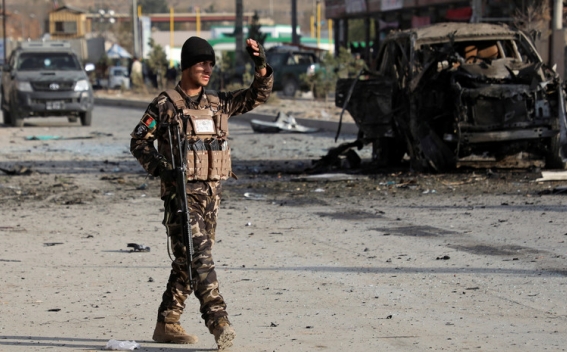 Press reports indicate that the vehicle, which had UN markings, was heavily damaged after being hit by a grenade attack, which occurred on a road frequently used by UN workers travelling between central Kabul and the headquarters of the UN Mission in Afghanistan, UNAMA.

A statement released by UNAMA on Sunday condemned the attack, and called on the Afghan authorities to swiftly investigate, and bring the perpetrators to justice. It was followed, on the same day, by a statement from UN Secretary-General António Guterres, who called on the authorities to “spare no effort in identifying and swiftly bringing to justice” those responsible, UN reports.

The attack comes at a time when Afghanistan has seen record-high levels of civilian casualties. In October, UNAMA published a report showing that, in the first nine months of the year, more than 8,000 civilians were victims of violence, with July the bloodiest month on record.

October also saw 85 people killed, and another 373 injured, in election-related violence, as part of what the head of UNAMA, Tadamichi Yamamoto, declared a “deliberate campaign of violence intended to undermine the electoral process”.

The UNAMA statement noted that, at this time, and in the immediate future, neither the identity of the UN worker who was killed, nor those injured, will be released. At the time of writing, no group has claimed responsibility for the attack.