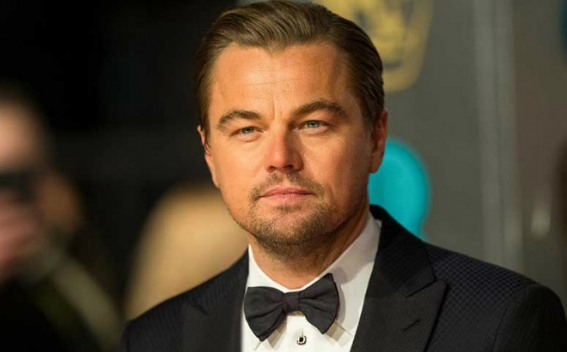 Brazil’s president has falsely accused the actor and environmentalist Leonardo DiCaprio of bankrolling the deliberate incineration of the Amazon rainforest, The Guardian reports.

Jair Bolsonaro – a populist nationalist who has vowed to drive environmental NGOs from Brazil – made the claim on Friday, reportedly telling supporters: “This Leonardo DiCaprio’s a cool guy, isn’t he? Giving money for the Amazon to be torched.”

The spurious accusation – for which Brazil’s president offered no proof – came 24 hours after Bolsonaro made a similarly unsubstantiated claim in a Facebook live broadcast.

“Leonardo DiCaprio, dammit, you’re collaborating with the burning of the Amazon,” Bolsonaro declared, accusing the actor of being part of an international “campaign against Brazil”.

Bolsonaro’s unsubstantiated allegations relate to the controversial arrest on Tuesday of four volunteer firefighters whom local police accused – also apparently without evidence – of setting fire to the forest in order to boost fundraising efforts for an international NGO.

The firefighters were released on Thursday amid widespread public outrage at their treatment and questions over the police investigation.

On Thursday Bolsonaro’s politician son Eduardo claimed on Twitter that DiCaprio had donated $300,000 (£230,000) to “the NGO that set fire to the Amazon” and accused the conservation group WWF of paying the NGO about £13,000 for photographs of the burning forest.

WWF’s Brazil office rejected those claims. “WWF Brazil rejects the attacks on its partners and the lies involving its name, including a series of lie-based social media attacks such as the purchase of photographs linked to a donation from the actor Leonardo DiCaprio,” it said in a statement.

Bolsonaro, who took office in January, has repeatedly expressed animosity towards environmental campaigners, NGOs and foreign leaders who have spoken out in defence of the Amazon and criticised his stance on the environment.

During a visit to the region in 2018 Bolsonaro told the Guardian: “This cowardly business of international NGOs like WWF and so many others from England sticking their noses into Brazil is going to end! This tomfoolery stops right here!”

Bolsonaro’s attack on the Hollywood actor sparked ridicule and anger among opposition politicians and activists.

“How desperate,” tweeted Randolfe Rodrigues, a senator from the Amazon state of Amapá. “Our negligent and incompetent president – responsible for an environmental dismantling unprecedented in our country – wants to blame DiCaprio but won’t blame his own administration which is incapable of taking a single step without destroying something.”

Ivan Valente, an opposition congressman, tweeted: “Bolsonaro’s delirium knows no bounds. Accusing Leonardo DiCaprio of paying for the Amazon to be ‘torched’ is pathetic. But their deliberate lies are also revealing.”

One Brazilian created a webpage to attribute blame for the South American country’s various ills to a cast of Hollywood stars.

In it Tom Hanks was blamed for Brazil’s high taxes, Penélope Cruz for unemployment, Daniel Radcliffe for impunity, Johnny Depp for deforestation and Kate Winslet for its education crisis.

Harrison Ford found himself charged with responsibility for Brazil’s Kafkaesque bureaucracy while the government debt was the fault of Adam Sandler.