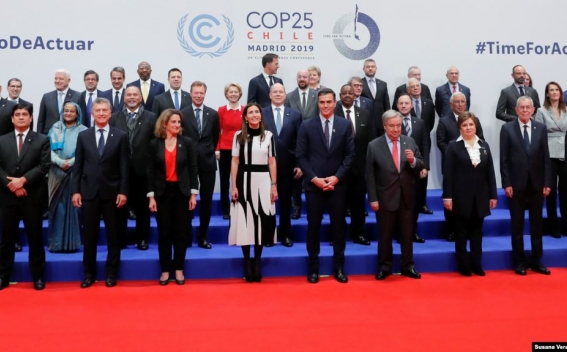 More than 50 world leaders have gathered for the 2019 United Nations Climate Change (COP25) conference at Madrid's IFEMA convention centre. The event was supposed to take place in Chile but was moved due to civil unrest in the country, Euronews reports.

Speaking at the opening ceremony, UN Secretary-General Antonio Guterres said that important decisions must be taken "now" to limit emissions that cause the greenhouse effect.

Guterres claimed that the planet is close to “the point of no return” and urged all countries to be more "ambitious" and cut pollutant emissions as this is "critical time" to combat climate change.