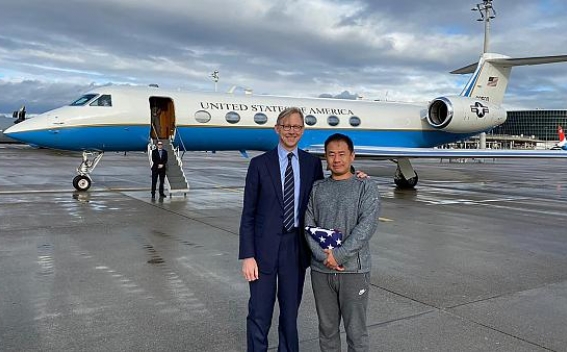 "Glad that Professor Massoud Soleimani and Mr. Xiyue Wang will be joining their families shortly. Many thanks to all engaged, particularly the Swiss government," Zarif tweeted.

As a part of exchange of prisoners, Iran handed over to the United States student Xiyue Wang who was detained in Iran on suspicioan of being a spy.