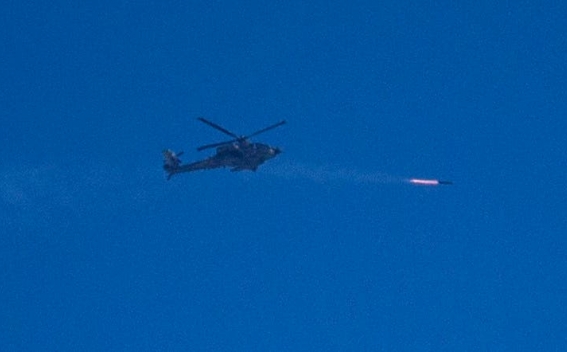 Israeli planes and helicopters carried out strikes inside the Gaza Strip early Sunday, hours after three rockets were shot from the Palestinian enclave, authorities said, The Times of Israel reports.

At least three rounds of airstrikes were reported in the northern Gaza Strip, according to the Hamas-linked Shehab news agency and other Palestinian news outlets.

The IDF confirmed that it struck "several terror targets, including a Hamas terror camp made up of: warehouses, offices and watch posts."

It said it also hit a Hamas naval installation.

Positions belonging to Hamas’s armed Izz ad-Din al-Qassam Brigades near Jabaliya and Gaza City were targeted, according to Shehab.

Two people were reportedly injured in the strikes, Palestinians reported.

The strikes came hours after Israel’s Iron Dome missile defense system intercepted three rockets fired from the Gaza Strip at southern Israel, according to the IDF.