Angela Merkel is Named the World's Most Powerful Woman by Forbes 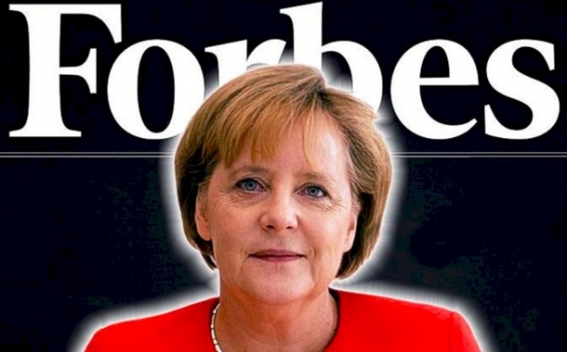 German Chancellor Angela Merkel has been crowned the world's most powerful woman by Forbes for the ninth year running, Dailymail reports.

The German leader topped the Forbes 2019 list closely followed by European Central Bank head Christine Lagarde from France, and US Speaker of the House of Representatives Nancy Pelosi.

The publication praised Merkel for her 'steely reserve', for standing up for US President Donald Trump and her 'open door' refugee policy which saw more than a million Syrian refugees enter the country amid the 2015 migrant crisis.