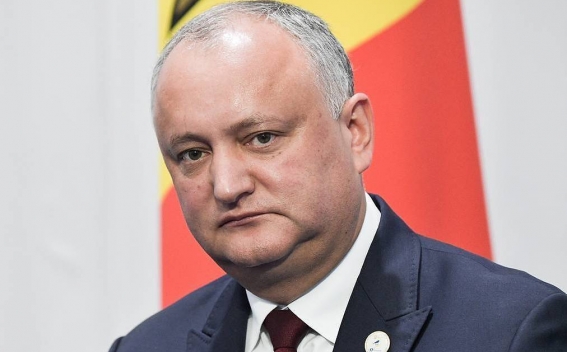 Moldovan President Igor Dodon has accepted the invitation extended by his Russian counterpart Vladimir Putin to attend celebrations to mark the 75th anniversary of the Soviet Union's victory over Nazi Germany in the Great Patriotic War on May 9.

"I have received an invitation from Vladimir Vladimirovich Putin, and I will be sure to come," he told TASS on Thursday. "Our servicemen, the presidential guard of honor, will take part in the Victory Parade as well."

The Great Patriotic War affected almost every family in Moldova, so, despite attempts by some politicians to revise its outcome, thousands of people take to the streets in Chisinau and other cities on Victory Day every year, while the head of state traditionally leads the Immortal Regiment march.

Earlier this year, Moldova celebrated the 75th anniversary of its liberation from the Nazis. By this date, on the initiative of the country’s president, monuments were restored, assistance was provided to war veterans and a documentary about the famous Iasi-Chisinau operation was shot.