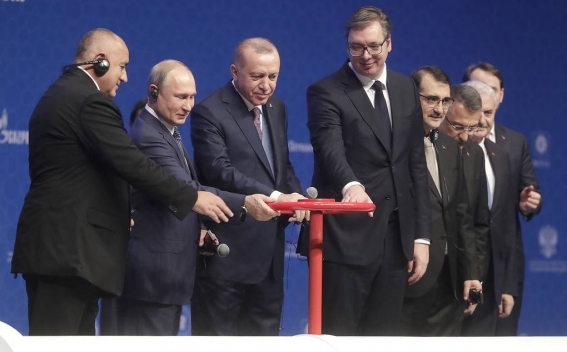 The presidents of Turkey and Russia on Wednesday formally launched the TurkStream pipeline which will carry Russian natural gas to southern Europe through Turkey, part of Moscow’s efforts to reduce shipments via Ukraine.

Presidents Vladimir Putin and Tayyip Erdogan inaugurated the project at a ceremony in Istanbul also attended by the leaders of Serbia and Bulgaria, Reuters reports.

The pipeline was a sign of “interaction and cooperation for the benefit of our people and the people of all Europe, the whole world”, Putin said at the inauguration ceremony.