PM Pays Homage to Victims of Armenian Pogroms in Baku 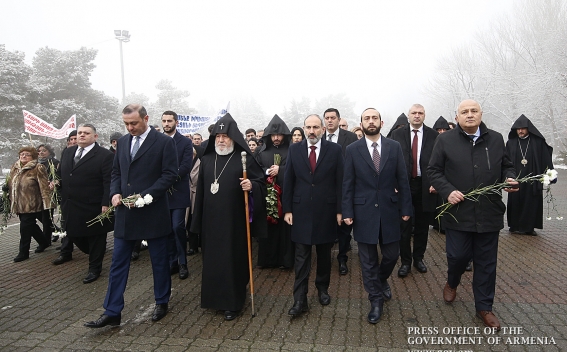 On the 30th anniversary of the Armenian pogroms in Baku, Prime Minister Nikol Pashinyan joined Supreme Patriarch and Catholicos of All Armenians, His Holiness Karekin II, National Assembly Speaker Ararat Mirzoyan and other high-ranking officials to visit the Tsitsernakberd Memorial Complex and pay tribute to the victims of that appalling crime.

The Prime Minister laid a wreath and flowers at the monument to the victims of the pogroms.