EU not Drafting Sanctions Against Iran for Ukrainian Boeing Crash 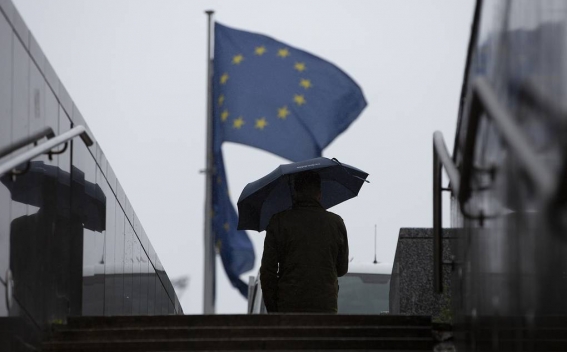 The European Union is not planning to introduce unilateral restrictive measures against Iran for accidentally shooting down a Ukrainian Boeing that Tehran admitted to recently, a source in Brussels told TASS on Monday.

The source underlined that this tragedy and the future of the Joint Comprehensive Plan of Action (JCPOA) on the Iranian nuclear program will be reviewed on January 20 at a planned foreign minister meeting of the Council of the European Union.

"The EU does not see grounds to impose sanctions against Iran in light of the Ukrainian Boeing crash at this point, we first need to obtain findings of the investigation," the source stressed. "Tehran’s admission that it is responsible for this tragic incident is a step in the right direction. Much now depends on the course of the international investigation and how transparent Iran on this issue."

"Consequences of the Ukrainian Boeing crash that Tehran owned up to and further action to preserve the JCPOA will be discussed on January 20 at the Foreign Affairs Council meeting," the source added.

The situation around Iran was discussed at an urgent meeting of EU foreign ministers on January 10. However, the debates took place before Iran’s admission that it had unintentionally downed the plane. The meeting did not result in any practical decisions, most ministers called for prompt de-escalation of the conflict, classifying the crash as a tragic incident provoked by military tensions around Iran.

On January 8, Ukraine International Airlines Boeing 737 travelling from Tehran to Kiev crashed near the Iranian capital shortly after takeoff from the Imam Khomeini International Airport. All people onboard, 167 passengers and 9 crewmembers, were killed. Most victims were Canadian and Iranian citizens. Ukrainian Foreign Minister Vadim Pristaiko announced on his Twitter page that citizens of Iran, Canada, Ukraine, Sweden, Afghanistan, German and the UK were among those who died in the air tragedy.

On January 11, the General Staff of the Iranian Armed Forces disseminated a statement admitting to mistakenly shooting down the plane. Commander of the Aerospace Force of the Islamic Revolutionary Guard Corps (elite forces) Amir Ali Hajizadeh revealed that the national air defense systems had mistaken the passenger aircraft for a cruise missile.