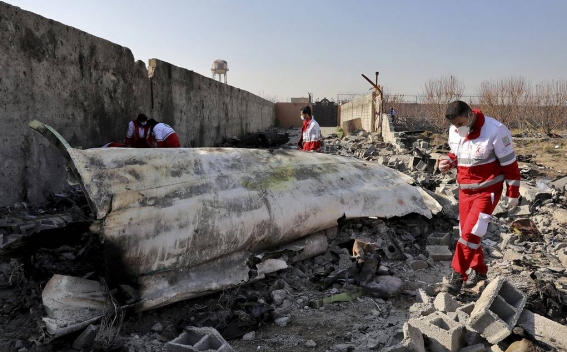 Iran’s authorities learned that the Ukrainian passenger jet had been shot down by mistake by the country’s own missile defense systems only on January 10, in other words, the day before it was officially admitted, Iranian government spokesperson Ali Rabei said on Monday, TASS reports.

"The General Staff of the Iranian Armed Forces received the results of the probe only on Friday and the Supreme National Security Council gathered for a meeting on the same day," IRIB quoted him as saying. "No one, including the country’s President Hassan Rouhani, knew the cause of the plane’s crash before January 10."

According to the spokesperson, as soon as the president was informed about the cause of the tragedy, he immediately took a decision to come out with an address to the nation.

On January 8, a Boeing-737 of the Ukrainian International Airlines bound for Kiev crashed minutes after takeoff at Tehran’s Imam Khomeini Airport. The crash killed all 176 people on board — citizens of Afghanistan, Germany, Iran, Canada and Ukraine and also British and Swedish subjects.

On January 11, Iran’s Armed Forces General Staff released a statement admitting that the plane had been mistakenly shot down. According to Iranian Brigadier-General Amir-Ali Hajizadeh, the plane was misidentified as a cruise missile by the air defense force.