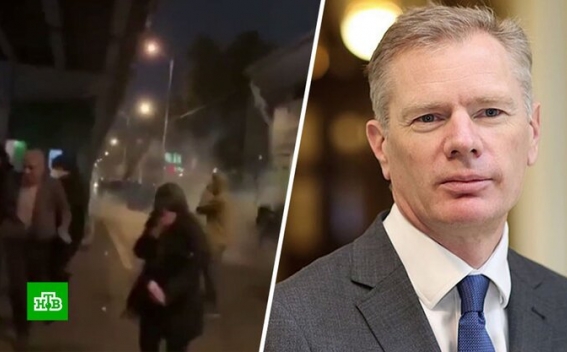 Gholam-Hossein Esmaili, the spokesman for Iran’s judiciary, said Rob Macaire had played a "provocative role" in recent protests, when he attended a vigil at the weekend for passengers killed in the downing of a passenger jet last week.

"It is not acceptable for us to see that the British ambassador went outside the embassy and took part in an illegal gathering, filmed it and had a provocative role in its continuation," Mr Esmaili told reporters in Iran on Tuesday. "This person is persona non grata . . . while people’s expectations and international regulations necessitate his expulsion."