Why Did Prince Harry and Meghan Markle Decide to Step Back from Royal Duties? 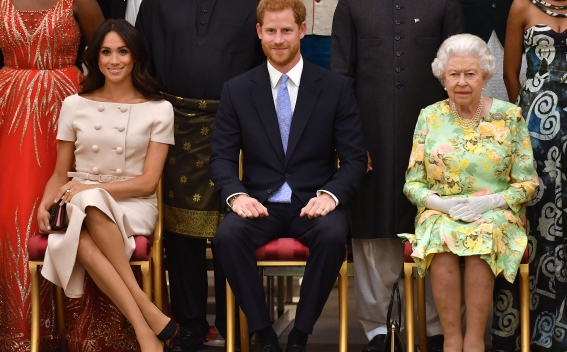 Prince Harry, Duke of Sussex and Meghan Markle, Duchess of Sussex, in a statement shared on their official Instagram page announced that they have made an decision to step back as senior royals and become financially independent, while continuing to fully support Her Majesty the Queen.

The couple plans to balance their time between the United Kingdom and North America (Canada in particular).  ''This geographic balance will enable us to raise our son with an appreciation for the royal tradition into which he was born, while also providing our family with the space to focus on the next chapter, including the launch of our new charitable entity'', the couple wrote on Instagram.

According to them this decision was made after many months of reflection and internal discussions. It should be noted that neither the Queen, nor Prince Charles knew about the intention of the couple. According to British newspapers, the royal family has learned about it from media, which greatly angered the family members. As The Sun reports, the Queen is said to be disappointed that no other family members were consulted before the statement was issued.

However, no matter what kind of rumors are being circulated, the fact is that Queen Elizabeth II announced her support for the couple’s decision. ''My family and I are entirely supportive of Harry and Meghan’s desire to create a new life as a young family. Although we would have preferred them to remain full-time working Members of the Royal Family, we respect and understand their wish to live a more independent life as a family while remaining a valued part of my family'', the Queen's statement reads.

According to Queen, it has therefore been agreed that there will be a period of transition in which the Sussexes will spend time in Canada and the UK.''These are complex matters for my family to resolve, and there is some more work to be done, but I have asked for final decisions to be reached in the coming days'', Queen said.

After it, Buckingham Palace has announced that Prince Harry and Meghan will no longer use their HRH titles and will not receive public funds for royal duties. The couple will also no longer formally represent the Queen. The Duke and Duchess of Sussex intend to repay £ 2.4m of taxpayer money for the refurbishment of Frogmore Cottage, which will remain their UK family home, BBC reports.

It should be noted that earlier such decision was made by daughter of Elizabeth II, Princess Anna. The latter decided not to give her children titles.  As is well known, non of the members of her family has any title, state funding and official obligations to the royal family. The eldest granddaughter of the Queen, Anne’s daughter - Zara has gone on to live a successful life without her title, as she became an accomplished rider and achieved an Olympic silver medal during 2012. Of course, none of her cousins can have such freedom. Members of the royal family who have titles must strictly follow the royal protocols.

And it is in these circumstances the real reasons of Harry and Megan's decision are hidden. The first and foremost reason is probably that the couple is already tired of the royal duties and is also trying to forge a new path out of the media spotlight.

Since the marriage of Prince Harry and American actress Meghan Markle, the latter’s name has been always written in the headlines of tabloids. Top-selling British tabloids were focusing their fire on Meghan.  The African-American bride, who became a representative of the Windsor dynasty, immediately became the target of criticism. Within just one year, Markle became one of the most controversial figures in the United Kingdom. The media published secrets about her relatives, mocked her appearance, jewelry, discussed her trips abroad, pointing out that by her actions she was breaking royal traditions. The media also illegal intercepted Meghan’s voicemail messages, for which Prince Harry has issued legal proceedings against the owners of the Sun and the Daily Mirror, blaming them in poisoning his wife’s life.

A new wave of criticism sparked when Prince Harry and Meghan Markle decided to celebrate Christmas separately from the Queen, thus breaking the tradition by leaving Britain. Meghan also broke the century-long tradition, by refusing to have her baby at the Lindo Wing of St Mary's Hospital, where the children of Princess Diana and Kate Middleton were born. This fact was also criticized by the British society…