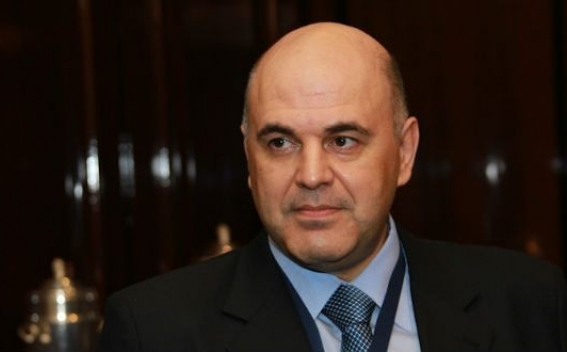 A total of 383 lawmakers voted in favor of Mishustin's candidacy for the post while 41 abstained.

Immediately after the nomination of Mishustin for the position of Russian Prime Minister rumours began to circulate that Mikhail Mishusti has Armenian roots. The source of this kind of information is Russian "Compromat.ru" website, which referring to the ''Moscow Post'', emphasizes in particular, that "friendship with Levon Amdilyan (Armenian businessman, living in Russia) was acquired due to his origin, as Mishustin is half Armenian”. But there is no such article on the ''Moscow Post'' website.

After the Russian State Duma, approved Mishustin for the post of Prime Minister English Wikipedia gave some information about Mishustin’s parents noting that his father is of Jewish descent and mother is of Armenian descent. But shortly after, the information was deleted. Russian state media also does not provide information about Mishustin’s Armenian roots. Only the Russian ''Woman.ru'' website mentions in an article that his mother is an ethnic Armenian, with roots in the village of Meghradzor, Kotayk Province. Official information on his origin is also missing in Russian Federal Tax Service website.

But the fact that the latter has close ties with Armenian businessmen is beyond doubt. Mishustin has very close ties with Armenian businessman Levon Amdilyan, as well as with Russian media proprietor Arthur Janibekyan. Accompanied by the latter, Mishustin arrived in Armenia last year to attend the WCIT 2019 IT World Summit, in the sidelines of which he also attended Ayb School in Yerevan.

Who is Mikhail Mishustin according to official information?

Mikhail Vladimirovich Mishustin was born in Moscow on March 3, 1966.

In 1989, he graduated from Moscow’s STANKIN Machine-Instrument Institute with a diploma in systems engineering. In 1992, he completed his postgraduate studies there.

In 2003, he defended a thesis and received a PhD in economics. In 2010, he received a doctoral degree in economics at the Academy of National Economy under the Government of the Russian Federation.

Since 1992, Mishustin held various posts in the International Computer Club, a non-commercial organization with a goal to "attract advanced western information technologies to Russia."

Before being promoted to the post of the organization’s deputy director general in 1995, he headed a testing laboratory there.

Between 1996 and 1998, Mishustin served as the organization’s board chairman.

In 1998, he served as an aide in charge of information systems to the head of the State Tax Service, Boris Fedorov.

Since August 22, 1998, Mishustin served as deputy head of the State Tax Service under Boris Fedorov (until September 1998) and his successor Georgy Boos.

Between March 1999 and March 2004, Mishustin served as deputy minister of taxes and duties.

Between December 18, 2006, and February 29, 2008, Mikhail Mishustin headed the Federal Agency for Management of Special Economic Zones, disbanded in October 2009.

In 2008-2010, Mishustin was the president of UFG Capital Partners company and a managing partner of the UFG Asset Management company.

On April 6, 2010, Mishustin was appointed head of the Federal Tax Service of the Russian Federation, replacing Mikhial Mokretsov.

Simultaneously, starting from October 2013, he has served as the academic director of the Tax and Taxation Faculty at the Financial University under the Government of the Russian Federation.

Mishustin is on the supervisory board of Russia’s CSKA hockey club. He is a member of the academic council of the Russian Presidential Academy of National Economy and Public Administration under the President of the Russian Federation, TASS reports.

In 2011-2018 was a member of the Presidential Council for Financial Market Development.

Mishustin was decorated with the Order of Honor in 2012 and the Order "For Merit to the Fatherland", fourth class in 2015.

He is married, has three sons and plays hockey as a hobby and plays the piano.