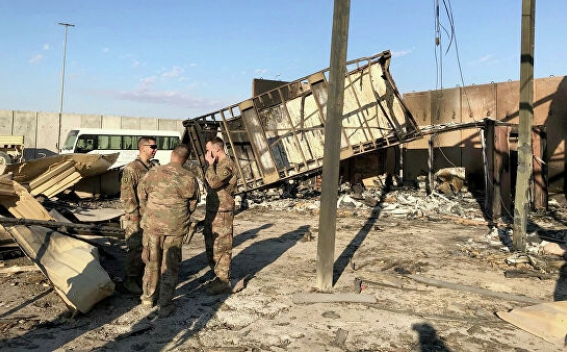 President Trump and U.S. officials had said earlier that no Americans were killed or injured in the Jan. 8 attack.

Several U.S. troops "were treated for concussion symptoms from the blast and are still being assessed. As a standard procedure, all personnel in the vicinity of a blast are screened for traumatic brain injury, and if deemed appropriate are transported to a higher level of care," Capt. Bill Urban, the Central Command spokesman, said Thursday.
Հայերեն На русском