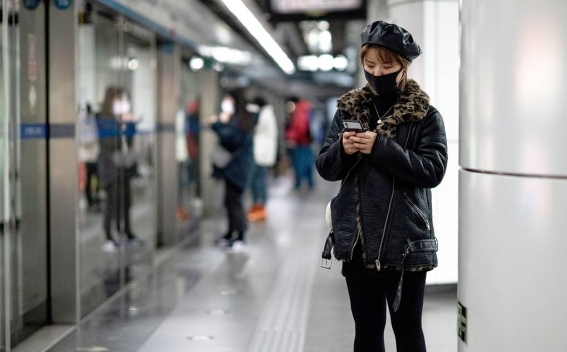 China placed Wuhan, the city at the centre of a virus outbreak, under effective quarantine on Thursday, suspending outbound flights and trains in a drastic step to contain a contagious disease that has killed 17, stricken hundreds and reached other countries, France24 reports.

Authorities in Wuhan, a major transport hub, also suspended public buses and subways, and said residents should not leave the city of 11 million people "without a special reason".

More than 570 people have been infected with the virus across China -- with most cases found in Wuhan, where a seafood market that illegally sold wild animals has been identified as the epicentre of the outbreak.

The coronavirus has caused alarm because of its similarity to SARS (Severe Acute Respiratory Syndrome), which killed nearly 650 people across mainland China and Hong Kong in 2002-2003.

Like SARS, it can be passed among people through the respiratory tract.

The first case of the new virus was confirmed on December 31, and it has since been detected in Japan, Macau, South Korea, Taiwan, Thailand and the United States.

The World Health Organization on Wednesday delayed a decision on whether to declare a global health emergency -- a rare instrument used only for the worst outbreaks.

After a meeting of an emergency committee in Geneva, WHO chief Tedros Adhanom Ghebreyesus said he needed "more information".

The emergency committee will meet again from 1100 GMT on Thursday, after its chair, Didier Houssin, said the experts were split over declaring a public health emergency.

Asked about Wuhan's transport shutdown, Tedros said: "By having a strong action not only will they control the outbreak in their country but they will also minimise the chances of this outbreak spreading internationally".

Wuhan's special anti-virus command centre said the quarantine measures, which come into effect from 0200 GMT, are meant to "effectively cut off the virus spread, resolutely curb the outbreak and guarantee the people's health and safety," according to state media.

The city's tourism and culture department cancelled all group tours until February 8, according to the official Xinhua news agency.

The city had already warned people to avoid entering or leaving Wuhan. Large public events for the Lunar New Year holiday, which starts Friday, were cancelled.

Authorities in Wuhan also made it mandatory to wear a mask in public places, according to state media.

The hashtag "Wuhan is sealed off" was trending on China's Twitter-like Weibo, with more than 30 million views.

With hundreds of millions of people travelling across China this week for the Lunar New Year holiday, the National Health Commission announced on Wednesday measures to curb the disease -- including sterilisation and ventilation at airports and bus stations, as well as inside planes and trains.

The Chinese government has classified the outbreak in the same category as the SARS epidemic, meaning compulsory isolation for those diagnosed with the illness as well as the ability to implement quarantine measures.

But they still have not been able to confirm the exact source of the virus.

Michael Ryan, head of the WHO's health emergencies programme, said: "There are many unknowns to address in this event including clinical severity and the true extent and nature of disease transmission."

Animals are suspected to be the primary source of the outbreak, with Chinese health officials saying that the virus originated from the market where wild animals were illegally sold.

But the WHO has confirmed that the virus can be passed between people, at least those in close contact, and Chinese health officials said it could mutate and spread further.

Countries have intensified efforts to stop the spread of the pathogen -- known by its technical name 2019 Novel Coronavirus (2019-nCoV).

Passengers are facing screening measures at five US airports and a host of transport hubs across Asia.

European airports from London to Moscow have also stepped up checks and Nigeria, which has many citizens working in China, said it would start checks at entry points.

The US-based patient, a man in his 30s who is originally from Wuhan but who lives near Seattle, is resting comfortably at a medical centre and should return home in the "near future", a medical officer said.

WHO chief Tedros said there was "stability" for the moment.

"We don't see any significant variation but at the same time we also believe that we have to be cautious," he said.

Tedros also praised China's openness about the outbreak as "commendable".

But a senior US State Department official said Washington was "still concerned" about transparency in the Chinese government.

During the SARS epidemic, the Chinese government took months to report the disease and initially denied WHO experts access to southern Guangdong province, where it originated.