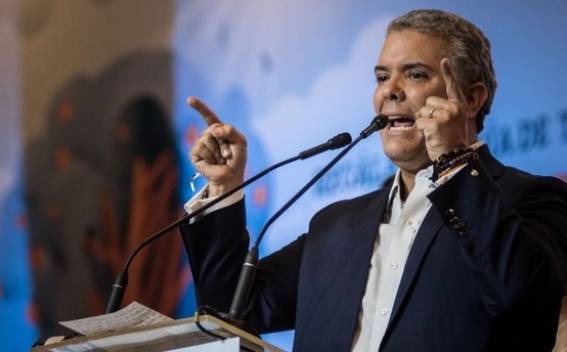 A committee in Colombia’s lower house of Congress will investigate allegations by an ex-senator who fled the country that President Ivan Duque participated in vote-buying and sought to have her assassinated, the head of the panel said on Monday, Reuters reports.

Former Conservative Senator Aida Merlano was captured by Venezuelan police last month after she escaped custody in Bogota last year by climbing out of her dentist’s office while on a medical leave from prison and fleeing on the back of a motorcycle.

At a recent court appearance in Caracas, Merlano, who was convicted of vote-buying, accused Duque of wanting to kill her to protect the country’s political class. In a recent interview, she also alleged he benefited from vote-buying.

Duque’s government has said the accusations are a fabrication and that Merlano is being used by Venezuelan President Nicolas Maduro to put on a “media show.”

Colombia does not recognize Maduro’s government and has requested Merlano’s extradition through Venezuelan opposition leader Juan Guaido, whom it considers to be Venezuela’s legitimate head of state.

It is not clear how Guaido will handle the request given that Maduro retains control of most government functions including the police and judiciary.

The Colombian house committee regularly investigates Colombian presidents. Ernesto Samper, who governed from 1994 to 1998, was the subject of inquiries surrounding accusations he financed his campaign with drug trafficking money. He was exonerated.