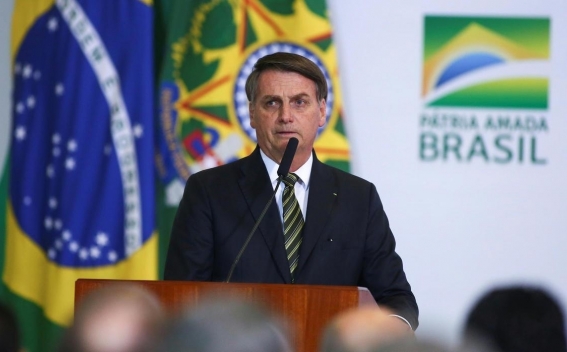 Brazil’s right-wing government has begun to pull its diplomats out of the embassy and consulate in Caracas as it moves to downgrade relations with Venezuela’s leftist government, Reuters reports.

Instructions published on Thursday in the official gazette removed five diplomats and 11 members of consular staff in Caracas, including Consul General Elza de Castro and two minister counselors at the embassy.

Brazil’s far-right president, Jair Bolsonaro, has not broken off relations with Venezuela as other governments in the hemisphere have, including Canada, because Brazilian diplomats and military officers have wanted to keep a door open.

Bolsonaro’s government sees opposition leader Juan Guaidó as the legitimate head of a transition to democratic rule in Venezuela, and formally recognizes his envoy, Maria Tereza Belandria, as Venezuela’s ambassador in Brasilia.

Belandria, however, lives and works out of a Brasilia hotel because the Venezuelan Embassy is still controlled by Maduro representatives, most notably the military attaché Major General Manuel Barroso who de facto runs the embassy, which has not had an ambassador since 2016.