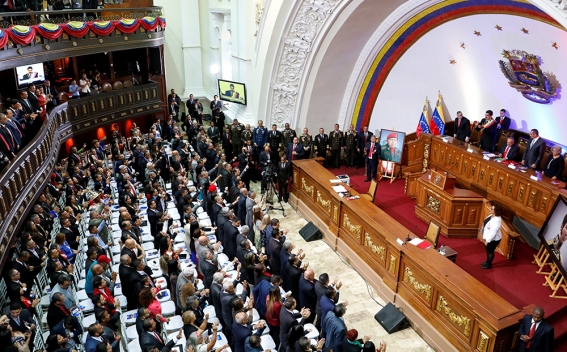 Venezuela’s main opposition parties on Sunday pledged to boycott legislative elections scheduled for Dec. 6, saying they will be rigged by the ruling socialist party and that taking part would amount to “collaborating with the dictatorship’s strategy,” Reuters reports.

The move was widely expected after a series of recent interventions by President Nicolas Maduro’s government in the National Electoral Council (CNE) and opposition political parties. The parties boycotted Maduro’s 2018 re-election on similar grounds, and now label him a usurper.

But it nonetheless paves the way toward a loss of opposition control of the National Assembly, which could complicate the standing of Juan Guaido, recognized by dozens of countries as Venezuela’s rightful president due to his position as the congress’s speaker.